Amanda Idoko (Breaking News in Yuba County) will pen the script for executive producer Robert Shaye (A Nightmare on Elm Street, The Lord of the Rings trilogy).

The project is described as a “comedic action-adventure” in the spirit of the cult classic comic book character.

According to sources, Warner Bros. aims to stay true to the silly and light-hearted tones of Plastic Man, a small-time criminal who is endowed with superhuman malleability after falling into a vat of chemicals. That crook, Patrick ‘Eel’ O’Brian, later reformed and molded himself into a proper superhero, going on to become an esteemed member of the Justice League.

Plastic Man is in the early stages and no filmmaker is yet attached to the project. WB tapping Idoko as scribe marks the end of a reported six-month search to find the perfect fit screenwriter.

Venom star Reid Scott told ComicBook.com in recent months the elastic superhero was his dream comic book movie role “because it’s just so silly and out there.”

“And because he was a thief, he was a pickpocket, he’s got this checkered past, and stuff like that. I tend to like characters that go through some sort of accident,” Scott said.

“I’ve always been sort of fascinated by that — I used to love Swamp Thing, and Toxic Avenger, and stuff like that — but Plastic Man was just so frickin’ weird, man. He was cool.”

Simone further said Plastic Man is “like a stretchy Swamp Thing or the bouncy Batman.”

Plastic Man is the latest DC Comics-adapted project announced by Warner Bros.: the studio is reportedly developing Zatanna, another sometimes Justice Leaguer who wields incredible magical abilities, and Superman spinoff Supergirl, which Warners hopes to have steered by a female filmmaker.

Headed to screens in the near future is DC Films’ Aquaman, Shazam!, and Wonder Woman 1984, with The Batman in development under director Matt Reeves and New Gods under Ava DuVernay. Going into production early next year is Birds of Prey (And The Fantabulous Emancipation Of One Harley Quinn), centered around Suicide Squad’s Harley Quinn (Margot Robbie) and a team of all-female crime-fighters. 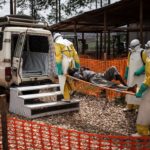