A LOTTO player missed a £1million EuroMillions win when his girlfriend changed his numbers to a lucky dip.

With a record £175million pot up for grabs on Friday, his normal picks would have matched all five main numbers plus one of the two lucky stars.

But without telling him, nurse Chantelle — mum to their three-year-old son — swapped the numbers because they had not brought any luck all year.

The dip won nothing.

Plasterer Jacob, of Leicester, said: “I feel sick. The more I think about it the more I can’t believe it. We haven’t slept at all. We’ve fallen out a bit.”

The Lotto app’s game history shows they had stuck with them until this week.

All of them, except number 2, came up on Friday.

Jacob added: “I wasn’t watching the draw but my girlfriend said, ‘You are going to kill me. Our numbers have come up but I changed them’.

“I thought she was joking. It didn’t sink in until later.

“I’m happy it wasn’t multi millions, that would have been absolutely galling. 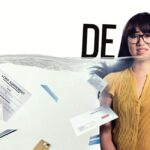 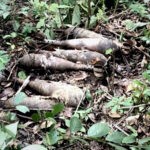