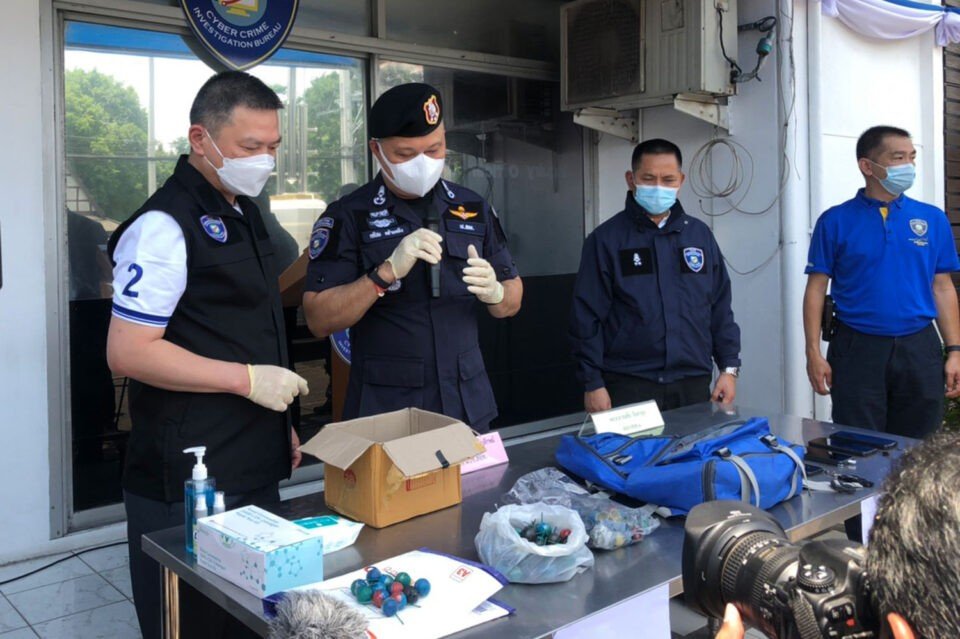 Police have seized 75 ping-pong bombs and arrested two men and a woman at a house in Don Muang district of Bangkok on Friday morning.

One of the suspects reportedly admitted to having delivered firecrackers and ping-pong bombs to anti-government protesters for use in the Din Daeng area, where violent clashes with police have taken place on several nights recently.

Cyber crime investigators had learned that a group of young people had been producing explosives and selling them via social media platforms, Pol Lt Gen Kornchai Klaiklueng, the bureau commissioner, told reporters on Friday.

Their investigation resulted in a court warrant to search four premises in Don Muang. That led to the three arrests and the seizure of the small explosive devices.

One of the suspects reportedly said he made a delivery to protesters at the Din Daeng intersection on Aug 15.

Investigators found that purchase orders were made via TikTok, the most recent being on Aug 13 for 100 ping-pong bombs, priced at 300 baht each, Pol Lt Gen Kornchai said.

The suspects were handed over to Don Muang police station. The investigation was continuing, Pol Lt Gen Kornchai said.

Police seize ping pong bombs from the house of one of three suspects during a search of four locations in Don Muang district of Bangkok on Friday. (Photo supplied via Wassayos Ngamkham 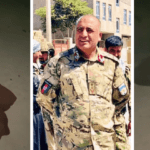 Afghan police chief blindfolded and gunned down by Taliban

The five most common Covid symptoms in people with both jabs