A pimp in a syndicate with at least nine Thai sex workers in its fold handled three brothels, advertised their services on Sammyboy Forum and made profits of roughly S$43,800 over about two years.

Lee Si Hong, a 38-year-old Singaporean, pleaded guilty on Monday (Oct 7) to seven charges including living on prostitution earnings, procuring women for the purpose of prostitution and managing a brothel.

Another 18 charges will be taken into consideration for sentencing.

The court heard that Lee, a freelance insurance agent at the time, got to know a person known only as “Boss” in 2015.

Lee agreed to help Boss, who was based in Thailand, in his business of bringing Thai women into Singapore for prostitution, said Deputy Public Prosecutor Melina Chew.

For about two years and five months from April 2016, Lee’s role in the syndicate included liaising with the prostitutes before they arrived in Singapore and making travel arrangements for them.

When the sex workers arrived in Singapore, he briefed them on their working arrangement and asked them for sexy photographs of themselves. He also advertised their sexual services on online platform Sammyboy Forum under the thread title “BangkokGems”.

Lee managed the main business operation line, handling clients, arranging for units to be rented for use as a brothel, as well as managing three brothels assigned to him by ensuring condoms and lubricants were replenished.

He also collected prostitution earnings daily. The workers charged clients rates ranging from S$150 to S$160 for two rounds of sexual services in a 90-minute session, said the prosecutor.

They had to first provide sexual services to more than 20 clients for free before they could be paid about S$80 per client and were also given meal allowances.

In the time he was involved in the syndicate, Lee collected at least S$85,370 in prostitution earnings, and made a profit of at least S$43,785.

ARRESTED WITH PROSTITUTES IN SIMULTANEOUS RAIDS

On the night of Sept 19, 2019, simultaneous police raids were conducted at three places, and Lee was arrested along with several sex workers.

Items seized from the units included towels, condoms, lubricants and a notebook.

Lee admitted to managing a group of Thai prostitutes, and a follow-up raid of his vehicle and home uncovered several phones, a laptop and notebooks.

Subsequent investigations revealed that a Filipino woman had approached Lee saying she wanted to work for the syndicate while posing as a foreign domestic worker in Singapore.

Lee also pleaded guilty under the Employment of Foreign Manpower Act to abetting this woman to work without a valid work pass.

The prosecution pushed for a two-year jail term to be imposed, along with a fine of S$56,000.

There was a “significant degree of scale and sophistication in this enterprise”, said the prosecutor, with at least nine Thai prostitutes involved.

“The accused had a detailed arrangement for each of the prostitutes, and managed to keep track of client movements and ensure that all earnings were accounted for,” she said.

On top of this, Lee also promoted the sex workers’ services on platforms to establish the enterprise’s presence and reach a larger target audience.

The running of the three brothels “clearly encroached into residential areas”, said the prosecutor, and there is a transnational element in this case as the prostitutes were all “specifically procured from Thailand”.

Defense lawyer S S Dhillon said his client had pleaded guilty and cooperated extensively with investigations, as he was the only one in the syndicate who was arrested.

There was “no coercion, no abuse of prostitutes, and none of them are underage”, said the lawyer.

He said his client has two children and is married to a foreigner himself. Lee was facing financial stress at the time as he had to pay the medical bills for one of his children who had been diagnosed with epilepsy, said the lawyer. He also had to take care of the international school fees for his wife’s daughter from the Philippines.

“He has no previous convictions at all, this financial hardship drove him to earn this meager income,” said the lawyer.

He asked instead for 18 months’ jail, saying this would be sufficient deterrent punishment, adding that his client would not be able to pay the S$56,000 fine the prosecution was pushing for. 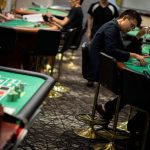 More Thais addicted to gambling in 2019 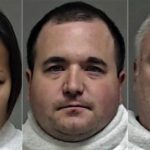