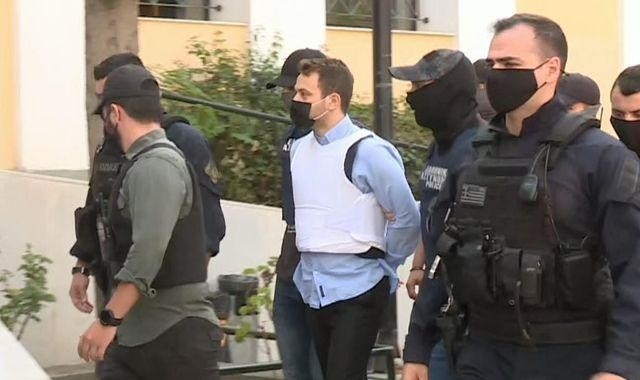 A helicopter pilot who confessed to killing his British wife in Greece and trying to make it look like a robbery has given a five-hour testimony.

Babis Anagnostopoulos, 33, wore a bullet-proof vest and was surrounded by heavily armed guards when he arrived at the Athens courthouse on Tuesday.

He is accused of killing his 20-year-old wife, Caroline Crouch, on 11 May, in a crime that has shocked Greece.

He was arrested after police analysed smart watch and mobile phone data.

Women’s rights activists heckled the pilot as he was led into the courthouse.

A coroner’s report said Ms Crouch had been sleeping when she was attacked, and that “asphyxiation took five to six minutes”.

On his way to the jail he addressed journalists at the courthouse saying “a big apology”, Kathimerini daily reported.

Greek media is reporting that he made two requests in his testimony – to get expert examination on his home security camera, and to bring in friends and family as witnesses for greater understanding of his relationship with Ms Crouch.

He also denied the killing was premeditated, and said it happened in the heat of the moment.

For a month after her death, Mr Anagnostopoulos told police three robbers had broken into the couple’s home in Glyka Nera, near Athens, tied them up and gagged them while their one-year-old daughter slept.

The baby was unharmed in the ordeal, but the family’s seven-month-old puppy, Roxy, was found hanging, having been choked to death by its own leash.

Investigators found no trace of the gang he claimed had tied him up, suffocated his wife and stolen €15,000 in cash.

Police also analysed data on Ms Crouch’s biometric watch, Mr Anagnostopoulos’s mobile phone, and the surveillance system at their home – all of which revealed inconsistencies in his statement.

The pilot said he had been tied up during the robbery, however police said he had managed to use his phone at the time. Additionally, Caroline Crouch’s smart watch showed that her heart was still beating at the time her husband claimed she was murdered.

Mr Anagnostopoulos was eventually detained after his late wife’s memorial service on the island of Alonnisos, where she grew up.

Police asked him to accompany them to Athens, saying there had been a breakthrough in the investigation, and he needed to identify a suspect. It was only when he arrived in the capital he was told that he was the suspect.

The pilot confessed after eight hours of questioning, police said.

According to Greek media, he told police the couple had often argued in recent months. Police are using excerpts from Ms Crouch’s diary as part of their evidence, which reportedly says the couple’s relationship has been strained for years prior to her death, the Greek Reporter news organisation said.

Separately, Supreme Court prosecutor Vassilis Pliotas has ordered an investigation into how the diary entries were leaked to the media.

In a letter to the Athens prosecutor on Tuesday, Mr Pliotas said their publication was an “affront to the deceased’s personality and may even contribute to generating a favourable climate for the defendant over the course of the criminal process”.

The prosecutor’s office is now deliberating on who will have custody of the couple’s daughter, with her grandparents on both sides wanting to care for her.

The case has gripped Greece – national TV interrupted coverage of the Euro 2020 football championships to bring details of the confession. 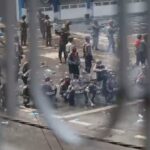 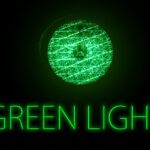