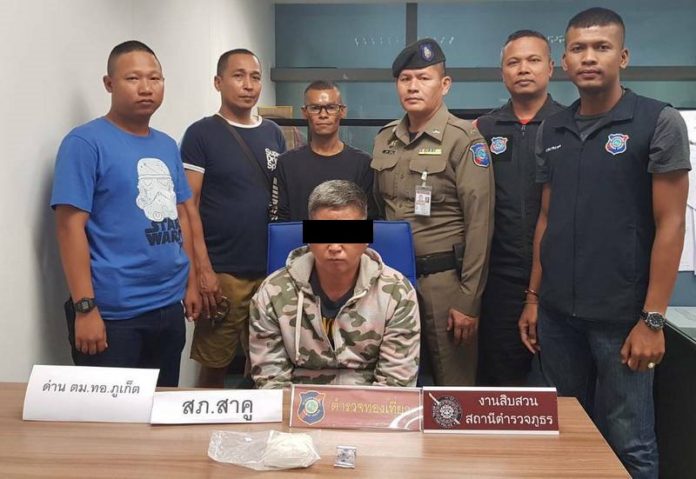 A Phuket tour guide carrying 40 grams of heroin in his underwear was arrested after arriving at Phuket International Airport in the early minutes of Saturday morning (Sept 28).

Sompong had arrived on a flight from Chiang Mai which touched down at Phuket airport late Friday night.

By 00:35 am, officers from the Sakoo Police, the Phuket Tourist Police, and Phuket Immigration had Sompong in custody.

The arrest was made after a tip-off that heroin would be brought to Phuket from Chiang Dao district in Chiang Mai province, Capt Suporn said.

“We spread out throughout the Domestic Terminal and waited for him to get off the plane. We approached him when we saw him in the passenger hall.

Officers identified him as he matched the description given to us by an informant,” Capt Suport told The Phuket News today (Sept 30).

The officers took Sompong aside for questioning.

“When asked, he agreed for officers to search him to show that he was innocent. We found the drugs during our first search,” Capt Suporn said.

Sompong was found carrying 42.4 grams of heroin, he added.

“He told is that he bought the drugs in Chiang Dao district for B20,000,” Capt Suporn noted.

“Sompong was taken in for more questioning and charged with the possession of a Category 1 drug with intent to sell,” Capt Suporn added.

Sompong was also found carrying an official tour guide registration card that was not set to expire until 2022.

“He said that he used to work as a freelance tour guide in Phuket, but now he does not have a job,” Capt Suporn explained.

“We are now holding Sompong behind bars until our investigation is finished,” he said. 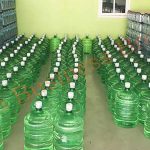