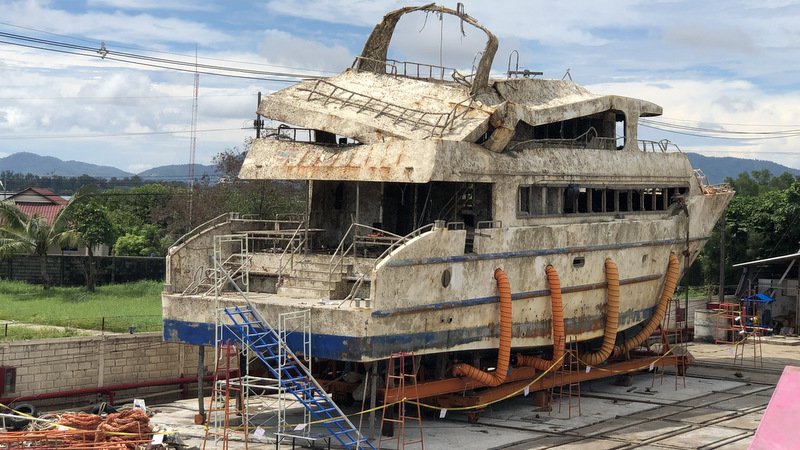 The salvaged wreck of the tour boat Phoenix, which sank off Phuket in July last year, killing 47 Chinese tourists, sold at auction today for B905,000 – just B5,000 more than the starting bids.

The wreck was sold at an auction held at the Phuket City Municipality offices held by the Anti-Money Laundering Office (Amlo), which has been tasked with disposing of the state-seized asset since police investigators completed their inspections last year.

This was at least the third attempt to sell the Phoenix as no one before today (Aug 7) had dared to buy the fateful boat.

The man with the winning bid was Preecha Jaiart, who operates the Truck2hand.com website, which sells secondhand heavy transport vehicles, including trucks, buses, vans and boats.

“My first thought is to just use the boat to hold a memorial service and to make merit,” Mr Preecha told The Phuket News today.

“I will invite eight monks to conduct a blessing ceremony and to make offerings of food to appease the spirits so they can find peace,” he added.

“This will bring benefit to my wish of having my life flourish,” he said.

Asked about his future plans for the boat, Mr Preecha replied, “I don’t have any idea. You know, I just wanted to devote merit for the deceased on this boat.”

The boat will remain at the Rattanachai Shipyard, on the east side of Phuket Town, for now.

“I will leave it there and pay the cost of keeping it there… I have no other plans for it yet,” Mr Preecha said.

Nualchan Poechuay, Chief of Amlo’s Asset Procurement and Management division, and who was present at the auction today, said the auction of assets will continue tomorrow and Friday.

A total of 14 items were up for auction today, she noted.

“Some businessmen came to this auction today, and we still have assets for sale in next two days. If the assets are not sold this time, we will keep going until they have been sold at future auctions either in Phuket or Bangkok,” she added. – 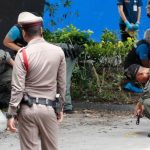