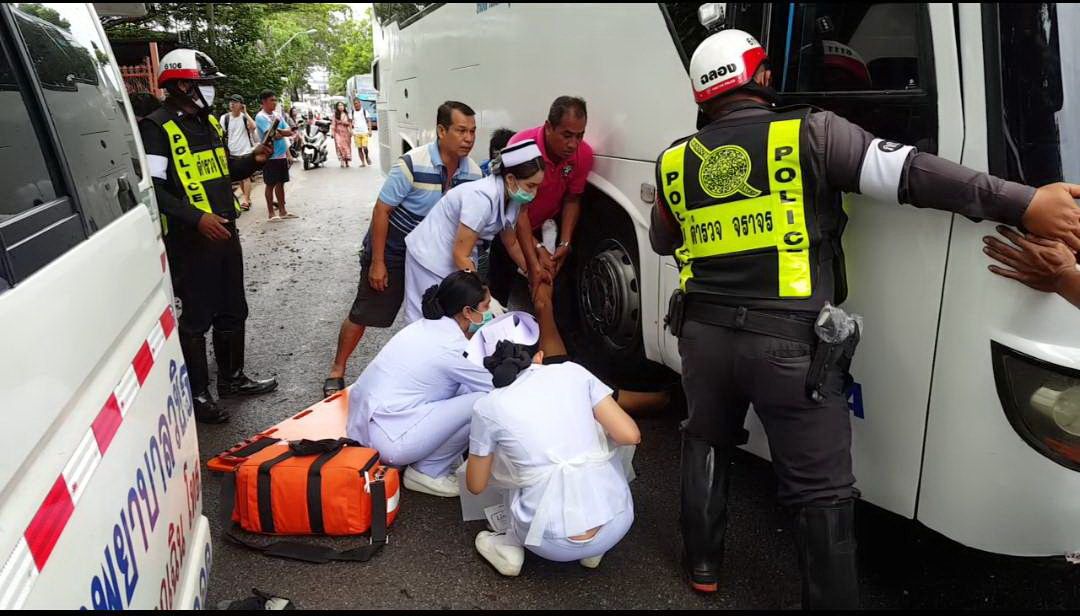 Police were notified about an accident at Soi Yod Sanae in Chalong on Tuesday morning.

Chalong police and emergency responders arrived at the scene to find a tour bus on the side of the road.

At the front-right wheel of the bus they found a male student, who was later identified as 14-year-old Tornrakorn Sommart – a student at Phuket Provincial Administrative Organisation Muang Phuket School.

His right leg was trapped under the wheel, and he had also suffered head injuries from the accident.

A motorbike was found lying on the side of the road.

The driver of the tour bus had fled the scene by the time police and emergency responders arrived.

Local residents had started the bus’s engine to move the vehicle slowly backward in an attempt to free the boy’s leg from under the wheel.

Tornrakorn was rushed to the Accident and Emergency Department of Chalong Hospital.

Police were eager to speak to the driver of the bus and had contacted the tour-bus company for further information.