Tourism authorities will propose that fully vaccinated foreigners be allowed to travel to Koh Samui and two neighbouring islands after a seven-day stay on Phuket, starting on Aug 1.

The proposal to gradually open Koh Samui, Koh Phangan and Koh Tao was unveiled by Tourism and Sports Minister Phiphat Ratchakitprakarn during talks with tourism operators in Surat Thani on Thursday and announced on Friday.

The minister will seek approval from the cabinet and the Centre for Covid-19 Situation Administration (CCSA) to include the three islands as destinations where approved visitors to Phuket can complete their stay-on-island requirement, starting from Aug 1.

Phuket is preparing to receive foreign travellers starting on July 1, on condition that they have to stay on the island for 14 days before they can go anywhere else in Thailand.

An earlier version of the so-called Phuket sandbox envisioned a mandatory stay of just seven days before onward travel could begin, but the severity of the third Covid wave has prompted authorities to tighten the requirement.

Mr Phiphat is proposing that visitors could stay on Phuket for one week and then fly to the islands in Surat Thani to complete the requirement, according to Sakdaporn Rattanasupha, deputy governor of Surat Thani.

Negotiations with Bangkok Airways are needed for flights to take visitors from Phuket to Samui, he added.

Tourism businesses on Koh Samui are pushing for the island and its neighbours to be allowed to follow Phuket as soon as possible to receive foreign tourists. Other tourist destinations in the country are not scheduled to reopen until Oct 1. 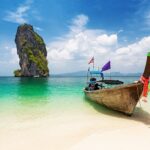 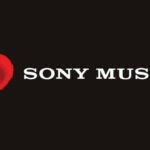