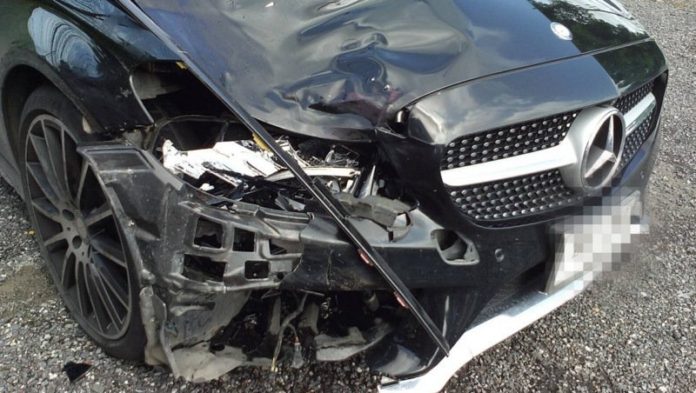 Mercer was driving northbound on Thepkrasattri Rd in Muang Mai, Thalang at 4:45am last Wednesday (Oct 10) when his Mercedes-Benz C250 struck a man who was collecting recyclable litter from alongside the road opposite the PTT petrol station.

The man, who police have yet to name, was torn to pieces by the impact, with parts of his body left strewn across the road.

Capt Warawud Sansop of the Thalang Police told The Phuket News today (Oct 17), “Officers are still waiting for results of blood tests done by the hospital to check his (Mercer’s) alcohol level.

However, he added that even without those test results, “Police yesterday charged Mr Mercer with reckless driving causing death.”

Capt Warawud declined to reveal the results of the alcohol blood test or whether Mercer was tested for any other substances, or reveal any further details about the case, including whether Mercer had been released on bail.

A worker from the PTT petrol station who witnessed the accident said that the deceased was a man who always collected sellable rubbish from the area.

Tourist rescued after THREE DAYS in a ravine