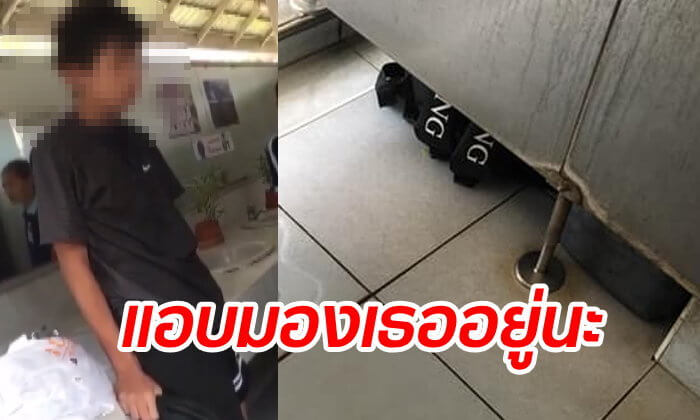 This incident was shared by the victim on her personal Facebook profile named “ออเร้น ‘นน”. The girl shared her scary experience in a Chonburi gas station. The shocking fact about this story is that the peeping tom caught was only 14 years old.

The Sanook Regional news team traveled to the gas station right away. Vipaporn Wongwijarn 21 years old is the victim, she works at a store located in the gas station. There was also a maid that regularly cleaned the bathrooms at the incident. The maid reported that she saw a young boy sitting in front of the toilet at about 8.30AM, at first she didn’t think anything of it, but when the boy sat there for over an hour she decided to ask him why he wasn’t at school.

Vipaporn ran out of the bathroom to other employees working at the gas station. She told them that there was someone peeping in the bathroom as she was in there. The employees then ran inside to catch the peeping tom.

This was when she noticed two black eyes staring at her from behind the backpack. She wasn’t sure at first, but then as she moved closer she realized it was human eyes looking at her in the toilet. She screamed and rushed outside to find other people to help her. When she saw that it was just a young boy she felt very depressed.

The boy reported that he was 14 years old and a student at a local Chonburi school. Vipaporn was extremely shocked and wondered what was in the mind of the 14-year-old to make him do such a thing. When the police arrived Vipaporn told the police that she didn’t want to press any charges as it would destroy his future. But she told the police to at least tell the boys parents and the school on what had happened, this is to be a lesson to prevent the boy from doing something like this again in the future. 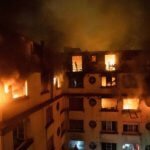