A parent and her 12 year old daughter went to Chainat police yesterday to report a pedophile P6 class teacher for sex offences.

It is alleged that the 41 year old pedophile lured female primary students to a classroom at lunchtime or after school. Once close by he groped their breasts and tried to touch their genitals.

The mother of the 12 year old named only as “Kwan” said that she had noticed her daughter was sullen and reluctant to go to school over the last two to three months.

But on Thursday things escalated when her daughter ran home and told her that she had been grabbed in a classroom by a teacher. She had managed to run away.

Kwan told the police that the abuse started in July 2016. The teacher concerned would get students to visit him alone in a social studies classroom at lunchtime or after school. Then he would say that he was feeling stiff and could they massage him.

Daily News reporters went to the school where officials refused to speak to them saying the director was on leave.

But as soon as they realized the seriousness of the case some 70 female students were called into the school offices to give evidence. Ten of these confirmed they had been victims of the teacher.

The school then announced that the teacher was about to be suspended. 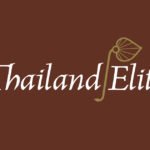 Extra Sexy Services on the Menu or Not?