This is the moment a pedophile former British headmaster was arrested by police in Cambodia with four boys in his flat.

Steve Loryman, 57, lured the street kids aged between nine and 13 to his rented apartment in the capital Phnom Penh.

He sexually abused the children after he bought them mobile phones, books, bicycles, English lessons and paid their parents to let them stay overnight Loryman, originally from Bradford in West Yorkshire, was a former teacher and then deputy head at Eastwood Primary School in Keighley.

When police in Cambodia raided Loryman’s home on November 25 last year after a complaint, they found Loryman engaged in a sex act with one of the boys as three others looked on.

A total of six victims were identified with five telling police they had been abused by the teacher.

On Friday, Loryman was found guilty at the Phnom Penh Municipal Court of ‘committing sexual acts against minors under 15’.

He was jailed for 15 months, three months of which were suspended, and ordered to pay compensation of £1,242 to two victims and fined £621.

He was also banned from Cambodia for three years following his jail term.

In 2012 he self-published a bizarre fiction book called ‘Kissy Boys’ which tells the story of a child ‘abducted from his home and destined to be used for body parts or as a sacrifice in a ritual’.

The predator then moved to Cambodia where he started teaching and voluntary work while targeting young boys. 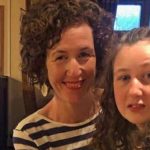