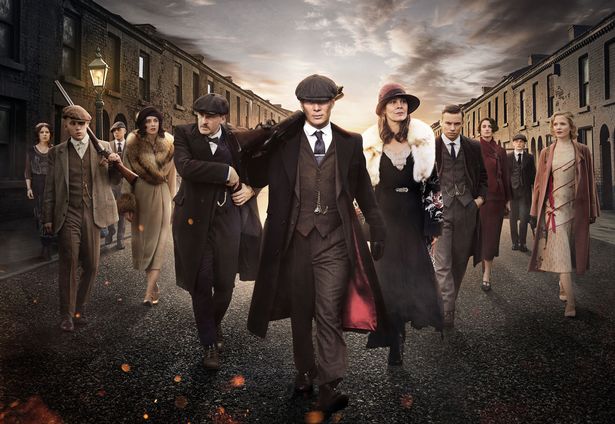 It was confirmed in January 2021 that production had started on the sixth season, with Cillian Murphy reprising his now iconic role as Birmingham gangster Tommy Shelby.

Writing on the Peaky Blinders website, creator Steven Knight penned: “After the enforced production delay due to the Covid pandemic, we find the family in extreme jeopardy and the stakes have never been higher.

“We believe this will be the best series of all and are sure that our amazing fans will love it. While the TV series will be coming to an end, the story will continue in another form.”

So, the series may be ending but we can probably expect a film on the way!

In the meantime, when can we expect the final episodes and what will go down in them?

Most importantly, where can we find the new run?\

Peaky Blinders season 6 will not be released until late 2021 at the very earliest and 2022 at the latest.

The series only just started filming its sixth and final run in January 2021, meaning there will be some time before filming is completed and post-production will begin.

We can probably assume that like previous seasons, the sixth season will consist of six episodes.

The last run of Peaky Blinders ended with some brutal deaths, departures, and potential disaster, so who exactly can we expect back in the final run?

The crime boss and MP was left in a precarious state at the end of the fifth run as he contemplated suicide after facing disaster in his war against Sir Oswald Mosley.

However, Tommy will be back for the final episodes.

Tommy’s aunt and the matriarch of the Shelby family resigned from the family business in favour of son Michael.

Violent and unpredictable Arthur will be back to support brother Tommy but no longer has his wife Linda at his side.

Tommy’s shrewd sister Ada has another child but once again lost its father when Colonel Ben Younger was murdered.

Tommy’s ambitious younger cousin and Polly’s son, Michael struck out on his own to start an independent business and it looked like Polly is going with him.

Tommy’s most recent wife grew increasingly bitter and pragmatic about their marriage in the last season, but will she back him in the final season?

The Queen’s Gambit star Anya will likely be back as Michael’s scheming and wealthy American bride, Gina.

Her powerful family connections look set to play a major role in the new run.

The fascist and influential MP remained Tommy’s chief threat at the end of the fifth run.

The Billy Boys gang leader and ally of Oswald Mosley was left alive at the end of the fifth season. Surely a comeuppance is in store?

Tommy’s former lover and forthright left-wing activist and ally to the Shelby clan, Jessie could make a comeback to help against Mosley.

Making a surprise comeback at the end of the last series, the very unhealthy looking Jewish gangster Alfie appeared to become a last-minute ally to Tommy.

Will he end the series as Tommy’s ally or enemy?

Elsewhere, Arthur’s wife Linda Shelby (Kate Phillips) left the gangster clan behind, but could she return?

It is unknown if Tommy will continue to be haunted by his dead wife, Grace Shelby (Annabelle Wallis).

Of course we know Tommy survives his dramatic cliffhanger in the field with Grace’s ghost, but what pulls him back from the brink of suicide?

We suspect this question to be answered straight away in the first episode.

Season 5 director Anthony Byrne revealed what to expect from the next season while speaking on the BBC podcast Obsessed With Peaky Blinders.

“Gina, and whoever her family are, will make themselves known,” revealed Byrne, who will return to direct the sixth run of the show.

Her importance in the future of the show was teased by Byrne previously when speaking to GQ about the fifth run.

He said: “She’s from an influential family on the east coast of America. She’s incredibly ambitious. She has great street smarts, but they haven’t been honed. She’s a fish out of water [in the UK]. She’s followed Michael on a whim, but very quickly starts to exert her own control on him.

“There’s a lot to be revealed about her next series. She’s a player, she’s a manipulator. She’s part of a wider plan.”

Meanwhile, he also teased on the podcast that there would be more from “Oswald Mosley and some people around him and his world.”

Of course, there is also the matter of who betrayed Tommy for Mosley in the finale. Was it Michael Gray as many suspected? Or could it be someone even more shocking?

Meanwhile, with Mosley historically set to marry his wife Diana Guinness at the home of leading Nazi Party member Joseph Goebbels with Adolf Hitler in attendance, perhaps a wider circle of evil is set to be shown in the series.

Will Peaky Blinders season 6 be released on Netflix?

Peaky Blinders season 6 will arrive first on BBC One and BBC iPlayer when it airs in the UK.

After a delay, the sixth season will likely be added to Netflix UK, but before then will be available with the BBC. 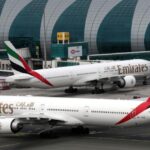 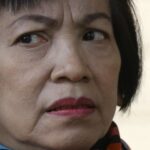