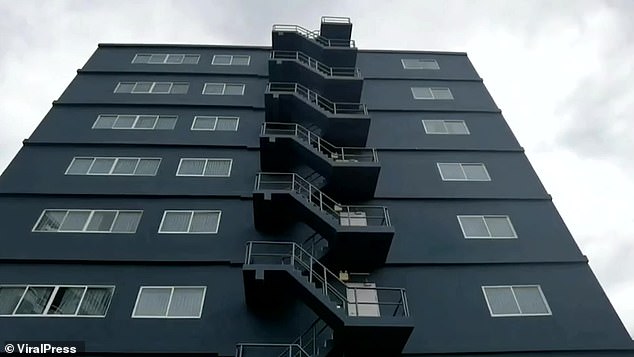 A British tourist, 20, who fell to his death from a hotel in Thailand’s notorious Pattaya city, has been named.

Callum Lewis, 20, fell from a hotel near Pattaya in Thailand. The Foreign Office is supporting his family, a spokesman said

He was found lying in a pool of blood outside the So Boutique Hotel in the notorious resort city of Pattaya on Monday afternoon.

He is thought to have plunged from a fire escape attached to the side of the eight-storey building, with a passerby reporting a loud crash as he hit the floor.

It is not clear why the man – who arrived in the country as a tourist during the pandemic – had been out on the fire escape.

Police say the Brit suffered a broken neck in the fall, and that his right leg was also broken. He was also bleeding from his head and stomach.

Paramedics were called but were unable to revive the tourist and he was pronounced dead a short time later at hospital.

He was wearing nothing but a pair of Adidas shorts when he died, officers added.

Detectives are now examining CCTV cameras at the hotel in the hopes footage might explain how he fell.

Police Captain Nattapol Saengsee said: ‘The British man was staying on the fifth floor of the hotel.

‘We are monitoring all CCTV cameras installed at the hotel and gathering necessary evidence to find the cause of his death and to see which floor he fell from.’

He added: ‘All relevant evidence was collected by investigators and the body was sent to the Institute of Forensic Medicine of Police General Hospital for an autopsy.’ 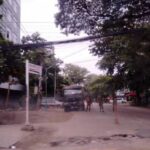 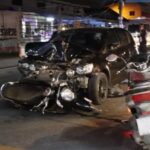