The motorcycle taxi rider who kicked the German tourist in the face has told Thai media that he was helping out the cops.
He saw that the tourist was attempting to flee the scene – so he kicked him in the head.
He regrets it now but he was provoked.
Pattaya police fined Sunthorn Saengkham JUST 500 baht for assault and fined the German 400 baht after they locked up his rented bike.
But today (Friday) the department of Land Transport are set to get involved in the drama – they may decide to take the licence of the motorcycle taxi driver away if they feel he has been dealt with leniently.

Policewoman Pol Lt Chanikan Pheuanphinit as saying that the German tourist, Andreas Bauer, 40, was stopped at a checkpoint and found to have only a German licence.
So the bike was locked. She said he then hauled it away 100 meters up Beach Road.
Sunthorn, a member of the rank that operates outside Pattaya police station where the traffic stop occurred said:
“The tourist would not listen to the officers and was not happy. He tried to break the lock and flee. He looked like he was going to fight with the police.
“So I decided to help them. When he swore at me and gave me the finger I snapped.
“I couldn’t tolerate that kind of bad behaviour so I kicked and punched him. I regret it now”
He was given lenient fine of 500 baht for assault. The cops said they fined the tourist 400 baht because they had to lock up his bike.
They said that the bike was confiscated and would be handed back to the rental company when they came to collect it.
They quoted a police spokesman as saying that the national police chief had told the public and his men to be nice to tourists and keep their temper at all times.
Especially in tourist areas like Pattaya.
This kind of behaviour was just not acceptable and the police should be left to do their job.
Expect further developments today when the DLT get involved in the drama. P1 – EP 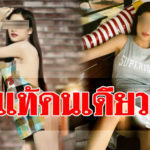