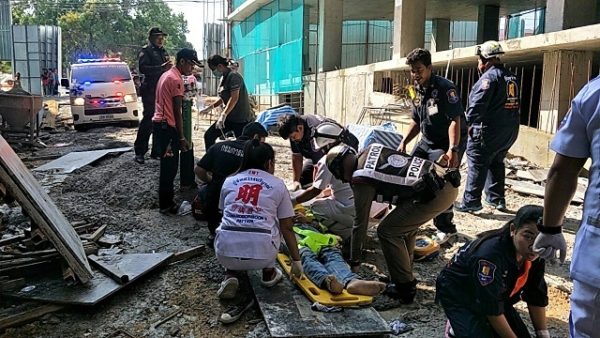 The incident took place at 10am in Soi Pattaya-Na Klua 14/1 opposite the Golden Tulip Hotel, prompting police and rescue workers to rush to the scene.

They found four Cambodian workers knocked to the ground at the eight-story condominium construction site and rushed three workers – two men aged 18 and one woman, 19 – to Ban Lamung Hospital. T

he worst-wounded worker, identified only as Ton, 20, was sent to Bangkok Hospital Pattaya, where he was pronounced dead. 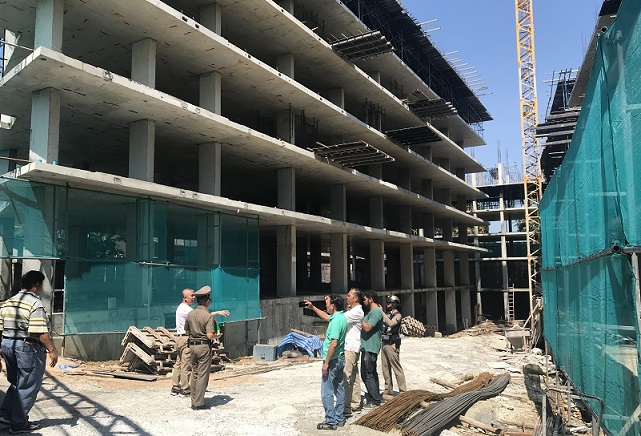 Bang Lamung superintendent Pol Colonel Chakthip Parapanthakul, who led a team to inspect the scene, said that police initially suspected that the scaffolding, which protruded two meters from the building and on which the workers were standing, suddenly collapsed because it was overloaded with metal rods.

The collapse sent the four workers plunging to the ground, resulting in the death and the serious injuries.

Chakthip affirmed that police would investigate the incident to determine the real cause of the collapse and would check if the migrant workers were working and staying legally, so aid could be provided and legal action taken accordingly. 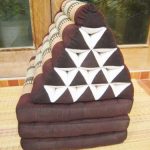 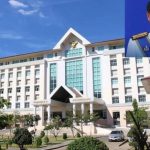