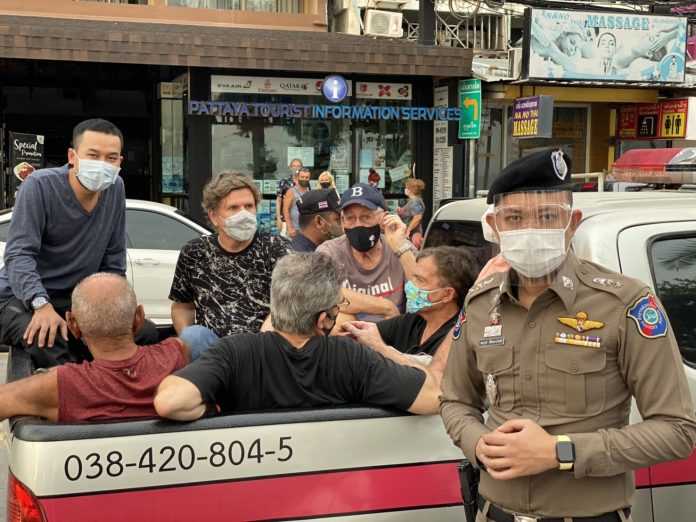 Pattaya City Law Enforcement arrested twelve Thai Nationals and eleven foreigners at around 5:00 PM this evening who were violating the Governor of Chonburi’s orders to stay off of public beaches and places.

The order, which falls under an emergency decree in place to help control the spread of the Covid-19 Coronavirus, has been in effect for weeks.

Police have given multiple soft warnings and pleas to the public, placing checkpoints, drones and dozens of signs to inform the public of the closure of the beaches and other public areas such as the beach sidewalks.

However, despite the heavy public information campaign and continued attempts by law enforcement to soft warn the public, people continued to violate and ignore the rules and gather and socialize on area beaches, parks and other public areas such as the large areas around the Terminal 21 mall.

Pattaya Police made the decision tonight to enforce the rules strictly as many people were clearly not listening to the order. Police made it clear to the press they did not want to arrest people for this but as the public was not listening and continuing to break the law they were forced to take action.

Law Enforcement focused on people in groups who appeared to be socializing, sitting and “hanging out” which all violate the Emergency Decree against social gatherings.

Several of those arrested, including one foreigner, attempted to allegedly argue and furiously debate the decree and laws, however, were still arrested.

The 23 arrested individuals face up to two years in jail and/or a 100,000 baht fine. They remain in custody as of press time at the local police station.

Pattaya Police warned that anyone else breaking the emergency decree and Governor’s orders would also be subject to arrest.

The decree is not a lockdown and does not ban going out or exercising but does ban entering any public parks or areas such as the beach, the beach promenade, reservoirs, open areas by bridges and other areas where people may gather. It especially bans social gatherings, which can be as few as two people sitting and socializing in public, according to police. 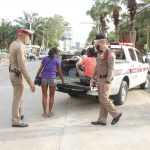 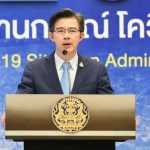