Repairs of the railway-parallel road behind the Pattaya Floating Market are scheduled for completion in August.
Duangdee Phumchuang, construction inspector with Thaiwiwat Engineering TW Co., led the work crew that used heavy machinery to begin digging up the road May 18.
He said the thoroughfare was damaged by repeated flooding and standing water that can’t drain following storms due to the railway road’s lack of sewers.
There are no plans to install such sewers or properly rebuild the road with concrete, however, as doing so would cost five times more than just patching the asphalt.
The current job – sure to be repeated in the future due to perennial flooding – is set for completion in August, although they had not taken into account to multitude of heavy vehicles such as coaches from Pattaya Floating Market. P1 – EP 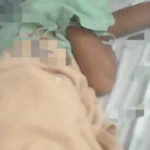 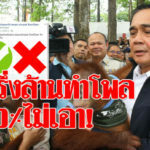