Home » Pattaya hotel bookings way down as tourists stay away 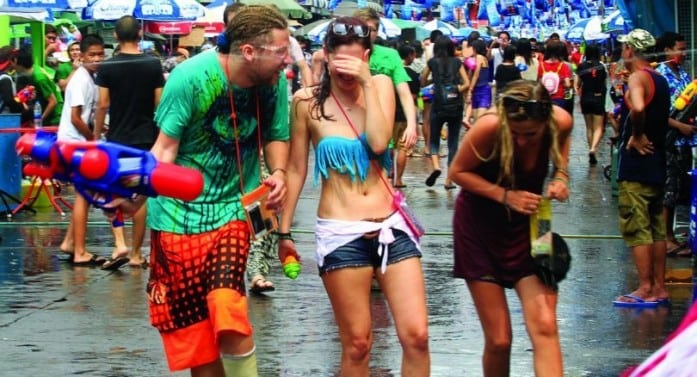 Sophon Cable TV painted a grim picture of tourism in Pattaya at Songkran with hotel bookings way down as tourists stay away.

But at least they have “SONGRANZONIC” – even if it comes when most people have stopped celebrating the holidays.

The Thais are not coming to Pattaya.

The Europeans are not bothering as it’s low season.

Even the Chinese are staying away.

But the tourism authorities have a cunning plan up their sleeves – it’s called “SONGKRANZONIC” and will be held at a water park.

Taking place on April 19 and 20 this might save the day!

Sophon spoke to the head of the local chamber of commerce and tourism leader Ekkasit Ngampichet who recounted a tale of doom and gloom.

He said that hotel bookings on average for Songkran were at 60% capacity, well down on expectations.

He said that Thai tourists were clearly planning on trips to their hometowns rather than holidays in Pattaya.

Or they were even choosing to go abroad rather than visit the eastern seaboard.

Worse still it was low season for Europeans.

And even the Chinese were not coming in the numbers expected.

The only hope was that there might be some last minute bookings, admittedly a newer trend and characteristic of online hotel seekers.

Still all was not lost, said Ekkasit – he has a short term plan.

This is an event called Songkranzonic that will be held at the Cartoon Network water park on April 19 and 20.

With Pattaya celebrating the festival later than other areas of Thailand this is hoped to bring in a few Chinese tourists and get some hotels booked.

But with Sophon not giving any precise details of what Songkranzonic is, it appeared a relatively forlorn hope.

In their headline Sophon called Pattaya “ngoi” at the moment – this means in low spirits and listless.