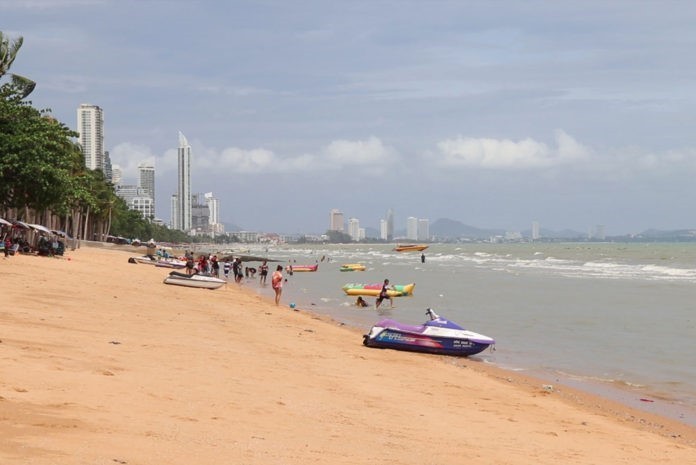 Beaches in Pattaya and Jomtien remain quiet at weekends despite a heavy tourism promotion and the end of measures imposed to contain the coronavirus.

Only a very small number of beachgoers are seen swimming or gathering for meals on mats or beneath umbrellas these days.

Jet skis and banana boats are available for rent but there are almost no speedboats in the water.

The 6-month-long absence of foreign visitors because of travel bans has dealt major blow to the economy of Pattaya and Chon Buri province, but officials have been hoping to see many Thais indulging their pent-up desire to travel after being home-bound for so long.

And they were wrong, as they usually are, with most people choosing to give the city a miss this time round.

And who can blame them with the mayor’s infantile social rules being imposed in public places by over-zealous uniformed idiots wearing face-muzzles.

Pattaya City and the Tourism Authority of Thailand even staged a promotional campaign offering a 50% discount for hotel rooms booked via the Shopee app, which few responded to.

Sunitsa Sukkul, who rents umbrellas and sunbeds at Pattaya beach, said the number of visitors in the city is still very low, even though the government is using tax-payer money to pay for already well-off Thais to travel.

She speculated that many people from Bangkok might have opted to visit areas further from the capital.

Even in normal times, Ms Sunitsa said, Thai people tended to visit Bang Saen beach in Chon Buri as it was closer to the capital, while Pattaya beach used to be a popular venue for foreign tourists.

Pattaya city authorities had sealed off all beaches earlier in the year as part of their effort to prevent the spread of Covid-19.

The beaches were reopened on June 1, along with the popular offshore destination Koh Lan, in line with the decline in local coronavirus infections nationwide.

But Thais do not usually holiday in Pattaya, which is why the city will not recover until foreign tourists are welcomed back.

Many believe it is now too late for Pattaya to recover, while others remain hopeful that as soon as the borders re-open and the foreign cash comes back the good times will return. 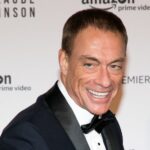 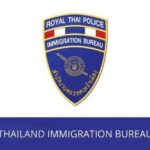