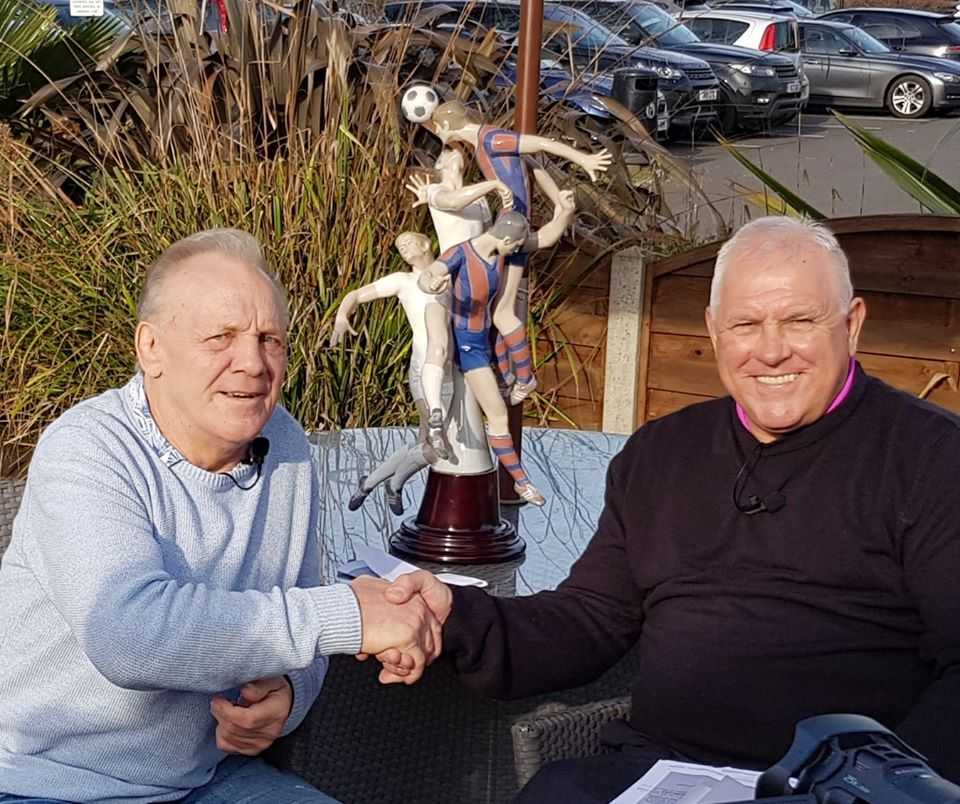 Early in February this year former England, Tottenham Hotspur, Glasgow Rangers, and Chelsea hardman defender Graham Roberts met up with the probably the biggest name in British Judo there has ever been Brian Jacks.

Jacks has spent most of the last seventeen years living in Pattaya.

Their goal to make a quick video for a mutual friend to help promote a phone-in competition to win a 1975 El Clásico statue. At the time neither of them thought too much about it.

Two months later, with the world almost in total lockdown, that video has now been released and Roberts and Jacks are now really thinking about it and for good reason. In addition to the statue £25,000 is now also up for grabs!

‘As a former professional footballer, I originally felt awkward about the added incentive and the timing of the video especially with the Premier League very much in the news right now. But it appears that players, with a big influence from Liverpool captain Jordan Henderson, are now publicly talking about pay cuts to help society. I mention publicly because I know many do a lot to help good causes regularly. They just don’t want to sing and dance about it.

I applaud this and if I was playing today, and making the kind of money Premiership players are making, I know I would do the same thing. Morally there is no question about that. Football is a sport for the people and without the people, football would not be what it is.’

Another project member, Gary Grant, 50 from Brentwood and a former Premier League academy scout picked up on the giving back thread:

‘As a businessman, with projects like this, profits factors are added in to make sure people involved get paid for their services. At the start of this one, we didn’t know about the virus even though things were happening in China. Now we know and our thought process has changed.

Now all project key stakeholders are united in wanting to help the NHS and we will all donate 20% of any income we make to the NHS.

Being involved with the Premier League I’ve listened to all the news about players taking pay cuts and many I’ve spoken to have no problem with helping during this crisis period. I feel the same as do all members of this project. We want to help. I can’t put a number on how much as we’ve only just gone live but I would hope we could match something like the £10,000 that Sir Alex Ferguson has been reported to have donated recently.’

Grant, also a director of Starstruck Autographs Ltd, went on to talk about the amazing front line workers especially those putting their lives in danger every day in hospitals.

JACKS ON THE FRONT LINE?

The late BBC commentator Ron Pickering once referred to Jacks as the ‘Iron Man of British Judo’ and he still looks pumped and ready for action even at 74. He became a household name for his performances on BBC’s Superstars in the early eighties. Like Grant he also acknowledges front line workers:

‘I’ve just had heart surgery and spent some time at St. Thomas’s hospital in London. Their staff were incredible. They were busy then so I just can’t imagine what it’s like now!

But I’m now in the age group that has to stay locked in for three months so I can’t get on the front line and offer my services. Forty years ago, I would have done but hopefully, this project can help make a difference.

I’d like everyone to get involved and if you can enter please do so. If you can’t please share, like, retweet, tell your friends, and do whatever it takes to help us spread the message. We also want the phone companies to follow our example.’

With his recent surgery Jacks even more vulnerable and he’s now recuperating back in Thailand where he spends a lot of his time these days.

Author Marc Gingell, who also lives in Pattaya and is another key stakeholder, had this to say:

‘My niece and God Daughter, Amy Tooley, works at the Southampton General Hospital and she, like many other NHS staff is doing an incredible job and I want to help her and all her colleagues.

None of us are spring chickens anymore so we can’t volunteer for duty and I know we can clap our hands every Thursday but we want to do more. With this, we hope we can.

Lastly the phone companies, and I know Brian touched on this, we’d also like the phone companies to come on board with us and make the same kind of commitment. We want them to pledge 20% of their income for this competition. I believe they take around 50% of the £1.50 cost.’

HOW TO GET INVOLVED 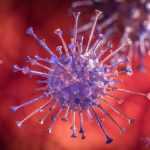 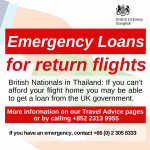