City Manager Chanatpong Sriviset chaired a Jan. 30 meeting to recap efforts taken over the previous two weeks to combat particulate matter measuring 2.5 microns or less, which cannot be filtered out by the body before reaching the lungs. The so-called PM 2.5 is considered hazardous if more than 50 micrograms are measured within a cubic meter of air.

During Jan. 16-30, Pattaya’s air quality generally was within healthful levels of PM 2.5, but did inch into worrisome territory when it topped out at 56 µg/m3.

Tops on the list was getting smoke-belching vehicles off the road through aggressive patrols and ticketing. Trucks carrying dirt and rock also were stopped if their beds weren’t covered.

Construction sites also were targeted, with contractors told to cover dirt piles and hose down their properties.

City regulatory officers also were out to stop people from burning trash, leaves and other material outdoors, controlling ready-mix concrete and stop street vendors from barbecuing.

Environmental workers were dispatched to clean streets and parks, plant more trees and use natural methods to combat the man-made pollution.

Schools were told to spray down their playgrounds and closely monitor students for respiratory effects. Public health workers likewise stepped up monitoring of the elderly or infirm, distribute face masks and push barbecue restaurants to install filters on their vents.

Other departments were mobilized for public-relations efforts to advise tourists, tour operators and residents about activities that contribute to air pollution. 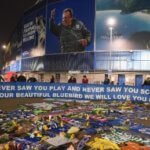 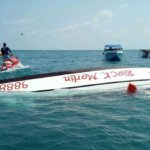