A bar owner in Pattaya City, Chonburi province was arrested on the 10th of this month (August 2019) running away from Human Trafficking charges. Police Major General Worawat Wattana Nakhonbancha from the Anti-Human Trafficking Division and other officers from the division successfully arrested a 31-year-old bar owner who is known by many names including Sudarat, Om Leelabut, and Nanthachai.

Sudarat has an arrest warrant out in her name related to human trafficking from supporting and earning money from prostitution, finding persons to go into the prostitution business, including underage persons over the age of 15 years old but not exceeding 18 years old.

Sudarat finds persons and young teenagers who are looking for a way to make money and invites them to join the prostitution business. Even if the person has full knowledge and intention to join the industry, it is illegal.

This is very harmful as Sudarat invites underage citizens into joining a life that they do not fully understand, especially to young teenagers who might not realize what they are stepping into. The idea of easy money is appealing, but the struggles including the high risk of STDs that come with the job is not worth it. A common risk is also drug addiction that can destroy your life in the long run. It might seem like an easy job, but it’s a life of darkness giving services to men who you’ve never met before night after night.

Sudarat also has charges on her from owning a bar that supports prostitution including the sale of sexual services by persons over 15 years old but not exceeding 18 years old. In 2013, Sudarat had a foreign husband, he invested in opening a bar for her named “Sad Bar” with prostitution services.

The police set up a sting operation by setting up a sale of a person under 18 years old. She escaped and continued hiding in the area. Sudarat was arrested in a restaurant located in Chonburi Province and has been sent to the Pattaya Police Station. 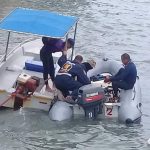 Unidentified Thai man dies after leaping into the ocean in Sattahip 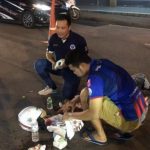