On Tuesday August 29th, a hotel employee in Pattaya City strolled into the local police station with 69,000 Baht and handed it to police.

Boonsong Poolsukserm, a 57-year-old employee at D Beach Pattaya Hotel, told police after he input his withdrawal request for about 1,000 baht, the ATM of Siam Commercial Bank at the Khwai Klang Muang flea market on Thepprasit Road of South Pattaya churned out 69,000 baht more than he requested.

The incident happened at about 3pm in the afternoon.

At first, he admitted that after the initial shock, it took him a while to decide what to do next. He admitted that the temptation to keep the extra money was there, but in the end decided to do what he thought was best.

He made his way down to the local police station at Soi 9, beach road and handed over the extra 69,000 to Pol Capt Suphan Sophee, an interrogator at the station.

The latter counted the money, took photos, recorded the case before contacting a bank official to take the cash.

Local police believed the incident resulted from a defect in the computer system of the ATM. 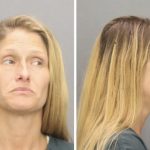