Home » Passenger Farted So Bad During Flight, That It Caused An Emergency Landing

So, what was supposed to be a normal flight to the Netherlands turned out to be something else.

You see, this plane left Dubai for Amsterdam Schiphol but had to veer off to Vienna when a case of persistent farting ended up in a fistfight.

Now, this whole problem started when an elderly man started farting. But despite the disapproval from 2 other guys sat beside him, he continued.

When they saw that there wasn’t going to be an end to this insolence, they decided to call the Transavia flight attendants into the case.

But unfortunately, nothing was done to stop the farting. They were sentenced to taking this unhealthy ass gas throughout the duration of the flight.

So now, they were really pissed.

Pushed to the wall with no civilized way of escape, they took things into their hands — and let fists fly.

Commotion continued despite warnings from pilots of the flight and the crew.

And so, the pilots decided to forcefully touch down in Vienna.

It was at this point that the police officers and dogs made the participants of this problem step down.

You see, 4 passengers were told to step off the bird. Two of them were the disgruntled men, and the other two were sisters of Dutch and Moroccan descent.

Now the girls are suing the flight company for poor service including possible discrimination.

Nora Lacchab, one of the sisters, says that their participation in this commotion was no more than sitting in the same row as the two men who were actually involved in the fist fight.

She continues to say that they have nothing to do with the flight fray whatsoever.

Being a law student in Rotterdam, she has described the whole ordeal as being one of humiliation, surprise, and disappointment.

How could they be treated like that just for having a seat close the real instigators of the violence!

She (Lacchab) is left little choice to put this past prejudice. She says that the flight attendants could have a preconceived notion of Moroccans being troublemakers.

So she does intend to take this case to court.

The 25-year-old woman goes on to say that they don’t even know the 3 men involved in this case — whether it be the two fighters or the farting old man.

And they are getting the short end of the stick just because of their seating arrangement on the flight.

She also accused the flight attendants for adding fuel to the fire rather than calm the whole commotion down.

Now, hours after being taken off the plane, the 4 passengers were released as they weren’t found to have done anything according to the Austrian laws.

But the 4 of them have been banned from any Transavia Airlines by the company.

The establishment stands by their own account of events (as told by their attendants).

And they defend their stand by saying that their staff is well trained to know what is appropriate behavior in flights and what’s not.

And since their staff has said that all 4 passengers (including the sisters) were arguing with the old man accused of persistent farting on the flight, they would take that as truth.

But this hasn’t been the first time something like this has happened.

Having the whole plane smell like poo has been enough to cancel a flight in times past.

A British Airways flight headed to Dubai had been canceled for a poo- in-the-air experience.

So this bird had to return to its takeoff nest — the Heathrow airport.

This 3-year-old incident had the whole crew feeling very uncomfortable as they all said they smelt poop on the plane.

Similarly, a Virgin Australia flight had returned to the US when a plumbing problem left the whole crew with a bad experience.

They had to end hopes of arriving in Sydney as they touch down in LA following an explosion in the toilet, followed by a skunky smell filling the cabin.

In fact, one of these passengers (who goes by the name Julia Malley) said that she spotted liquid right close to her seat.

But then, the airline staff have claimed that the overflow didn’t get anywhere close to the passenger section of the plane.

They also went on to say that the toilets were all in great condition just before the flight took off for Sydney.

And that the problem came from one of the sinks. 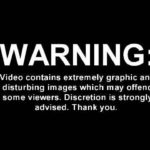