Two suspects in the sexual assault case of a promotional model at a party in Nonthaburi’s Bang Bua Thong district are suing their accuser for theft.

Nathi Sathitphongsathaphon — the owner of the house where the party was held — and host Chaiyapol Panna, accused one of the models, identified only as “Dear”, of taking properties out of the house.

However, details of the items and their values were not disclosed to the media.

The report was filed after Dear filed a sexual assault complaint with the police against Mr. Nathi, Mr. Chaiyapol, and four other people.

The victim — who was hired along with Thitima “Lunlabelle” Noraphanpiphat, who was found dead the next morning in a condominium lobby in Thon Buri — said she was forced to drink so much at the party that she passed out and woke up naked the next morning.

Mr. Nathi rejected the allegations and continued to insist he did not assault Dear or was linked in any way with Thitima’s death.

Referring to the blanket with sperm stains which Dear brought to the police as evidence, he said it is normal for a man’s blanket to be smeared with semen. 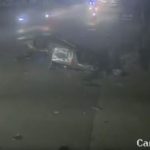