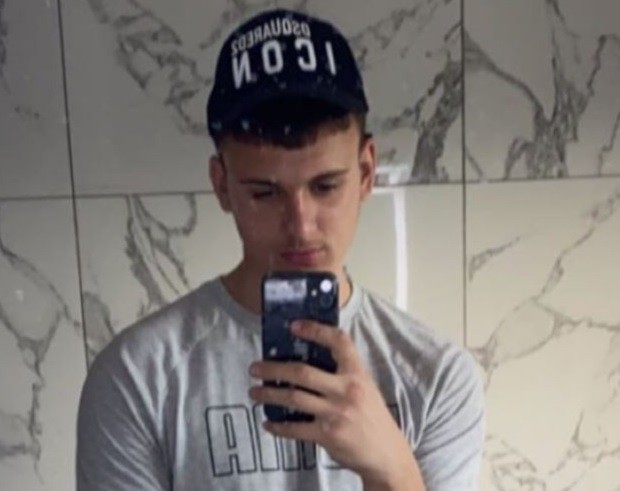 A WANNABE vigilante who battered an innocent man after wrongly accusing him of being a paedo can today be revealed as an idiot TikTok teen.

Myles Fisher can be unmasked for the first time after he was convicted of grievous bodily harm for beating up the victim in a “paedo hunter” sting.

The arrogant 19-year-old escaped jail after attacking the 33-year-old man he and a pal lured in a honeytrap plot.

Fisher – who boasts of being popular on TikTok – and his friend Ryan Newcombe-Burgess, 20, attacked the victim after setting up internet decoy accounts.

They claimed they were inspired to “hunt paedophiles” after watching videos on social media of vigilante groups.

Using a bogus online account, the pair posed as a 14-year-old girl in a chat room to lure the man to an address in Lawn, Wilts, in 2019.

Swindon Crown Court heard that the victim was left with an 8cm cut to his head, chipped teeth, a broken nose as well as other bruises and cuts.

The pair escaped jail last month but were slapped with £500 in costs and fines as well as their suspended sentences.

When approached by The Sun, Fisher bragged: “It was a classic paedo-hunter operation, really.

“We made him think he was communicating online with an underage girl who was available for sex and arranged to meet at a house in Lawn.

“We were waiting nearby and watched him pull up in his car, walk up to the house and knock on the door.

“He got the shock of his life when an old man opened the door.

“Then he scurried hastily back to his car and we walked towards him and said we wanted to talk to him about what he was up to.

“He got aggressive and tried to run off so we grabbed him. I punched him three times and Ryan hit him a couple of times too.”

I PUNCHED HIM THREE TIMES

He did not apologise for the incident but said: “I should not have taken the law into my own hands.

“That was wrong of me. I would not do it again.”

After the court hearing, video footage quickly circulated on TikTok of the pair in the dock at Swindon Crown Court in April.

Filming or taking photographs of any kind whilst inside a court building is illegal, with officers now investigating the incident.

The Sun has chosen not to show the footage, which appears to have been removed from the site.

The ten-second long clip shows Fisher boasting about his electronic tag while swigging from a bottle in the passenger side of a car.

The footage is overlaid with text which reads “3 holidays and 2 festivals booked for the summer and your mate gets one of these”.

Fisher and Newcombe-Burgess can then be seen standing in the dock at the crown court for their sentencing hearing.

It then switches to Fisher lifting weights in a gym, before zooming in on his electronic tag.

The Ministry of Justice’s digital media investigation’s unit is understood to be working with TikTok to investigate the clip.

A spokesman for the government department said: “We work closely with TikTok and all major social media companies, to remove illicit content as quickly as possible.”

A Wiltshire Police spokesperson said: “We are aware of a video circulating on social media and will be carrying out enquiries.”

Both men, who were teenagers at the time of the attack in May 2019, admitted grievous bodily harm. 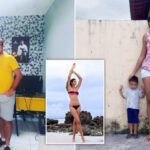 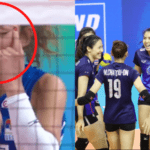