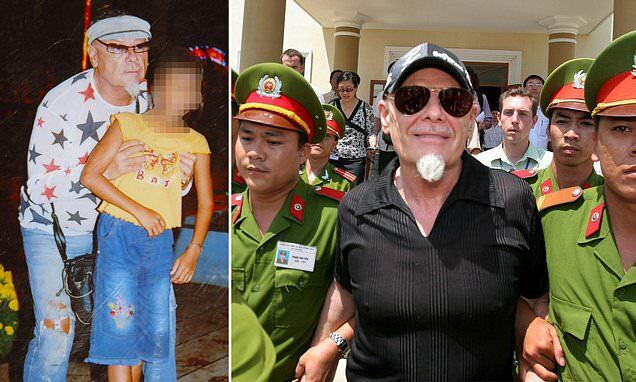 PAEDO Gary Glitter is “remorseful” and “ready to start a new life” Jim Davidson has said as it was revealed the pop star could be free in weeks.

Jim Davidson made the controversial remarks while on holiday in Weymouth, Dorset – close to where Glitter is locked up.

The Sun revealed earlier this month that Glitter, whose real name is Paul Gadd, could be moved from the category C prison to an open jail and eligible to spend days out in the community “within weeks”.

It would mean that the 70s star would then be eligible for full release in February 2023.

Davidson, 67, who was holidaying on a luxury boat at the seaside resort, said he spoke to Glitter when he visited HMP Verne two years ago for the charity Care after Combat, which he is no longer involved with.

He said: “I spoke to Paul when I visited The Verne two years ago. He’s remorseful and he looked ready to start a new life.”

The five-times married star is previously reported to have said in a 2012 interview that Glitter was a “great bloke” and his crimes “came as a shock”.

He claimed it was “unfair” to sanction him for comments made in 2013 when the bowler was 19 years old.

He said: “The investigation into the offensive tweets is ridiculous.

“It’s unfair to dig up the past on someone and display their views for something they said at the age of 19. His views would have likely changed over the past nine years.

“I think it’s probably less-talented cricketers who have stitched him up.

“Let he without sin cast the first stone.”

Glitter was expected to die in jail but instead has got the green light to move to a cushy open prison.

Governors have ruled he is a “low risk of harm to the public”.

Glitter was formally told by governors at The Verne that he had been earmarked for his move last week.

The Sun understands the only block could come from Justice Secretary Robert Buckland.

His paedophilia first came to light in 1997 when he was caught with 4,000 images of child sexual abuse.

He fled to Cambodia but was later ordered to leave amid child abuse suspicions.

Glitter was then locked up for three years in Vietnam for sex crimes against two girls aged ten and 11.

He also attempted to rape a girl of eight in 1975, and indecently assaulted a 13-year-old. 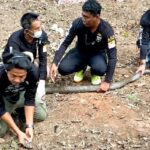 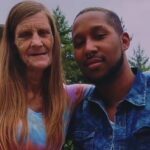 I’m 23 and my girlfriend’s 60, haters say it’s disgusting and shame her wrinkly face