Naked Boyfriend: Now this is all kinds of awesome. A car thief – or rather someone who was attempting to steal a Range Rover – was foiled by the owner, who sprinted out of his house and confronted the man, tackling him to the ground, all while completely naked.

The black and white footage is slightly grainy, but it’s clear to see what happens, and the owner of the car is clearly in the buff as he charges out of the house towards the car.

He’s so fast that even when the thief tries to escape through the passenger door on the side of the car away from the house, he has no chance – he’s soon tackled and pinned to the ground by the nude vigilante.

To be fair, the fact he was naked was probably a big advantage – the thief likely didn’t expect to see the man’s tackle, which probably distracted him and led to him, errrr, being tackled. 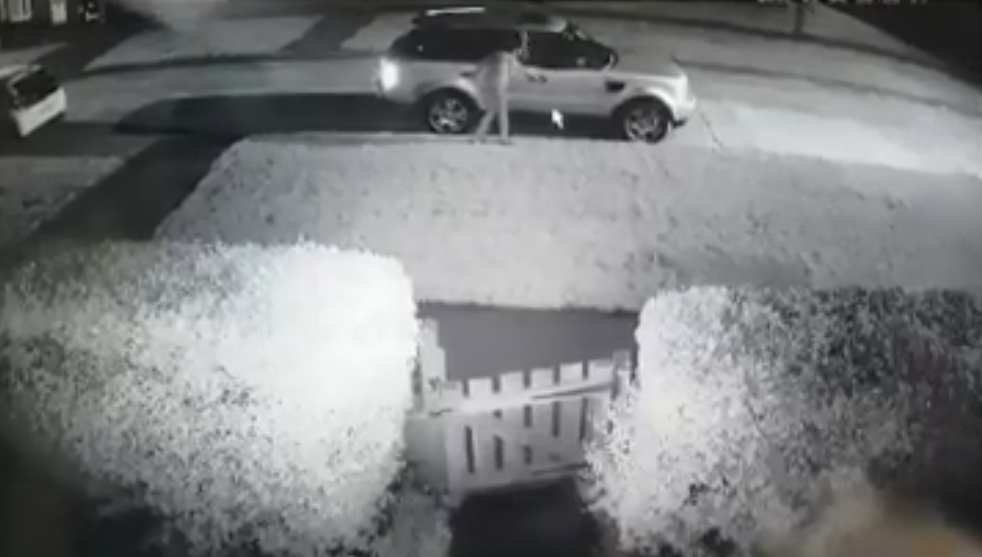 The video was shared – somewhat ironically, given that it was the car’s owner and not the thief who was naked – online by the naked man’s other half, Nicola Jane Baldwin, who was understandably very impressed with her bloke’s crime-fighting prowess.

“Someone tried to steal our car last night,” she said. “Silly sausage didn’t realise my fiancé is a naked ninja. Bet he won’t try that again in a hurry.

“Would there be anything more terrifying than a raging, naked man rugby tackling you?”

The answer is probably not. And while the sound of a car alarm can be the most annoying thing in the world – does anybody really pay any attention when they go off any more? – this one did its job. 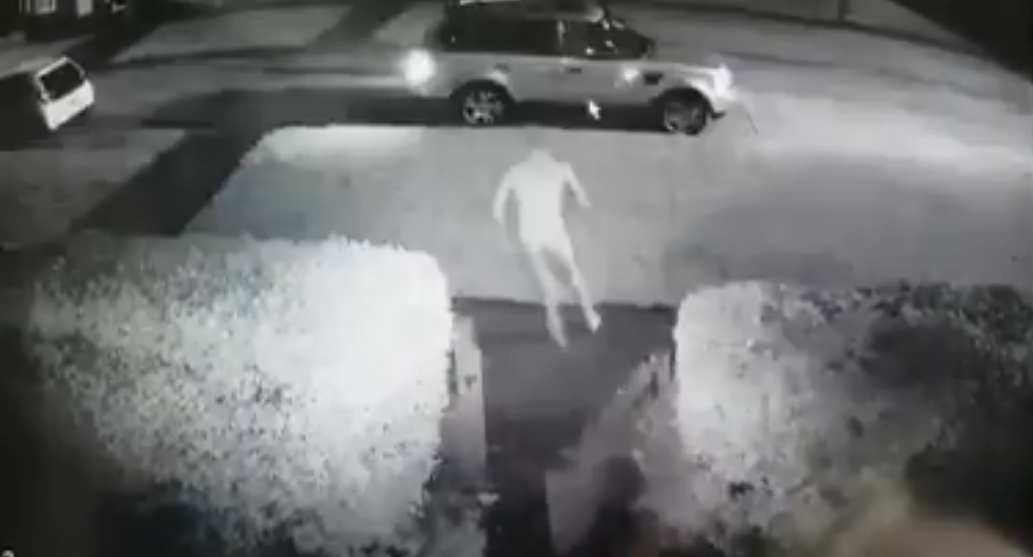 The thief can be seen prowling around the car outside the house, before trying – and succeeding – to open the door on the driver side. The problem, though, is that the alarm goes off instantly – and while you can’t hear the noise in the clip, you can clearly see the car lights flashing.

Any sensible would-be thief would probably have run away the moment the alarm kicked in – and there’s definitely a window of a few seconds when he could have got away – but this guy tries and fails to get the car started.

And then some naked guy comes charging at him and that’s the end of that.

If he’s dumb enough to try to steal another car after that experience, he deserves another naked rugby tackle.