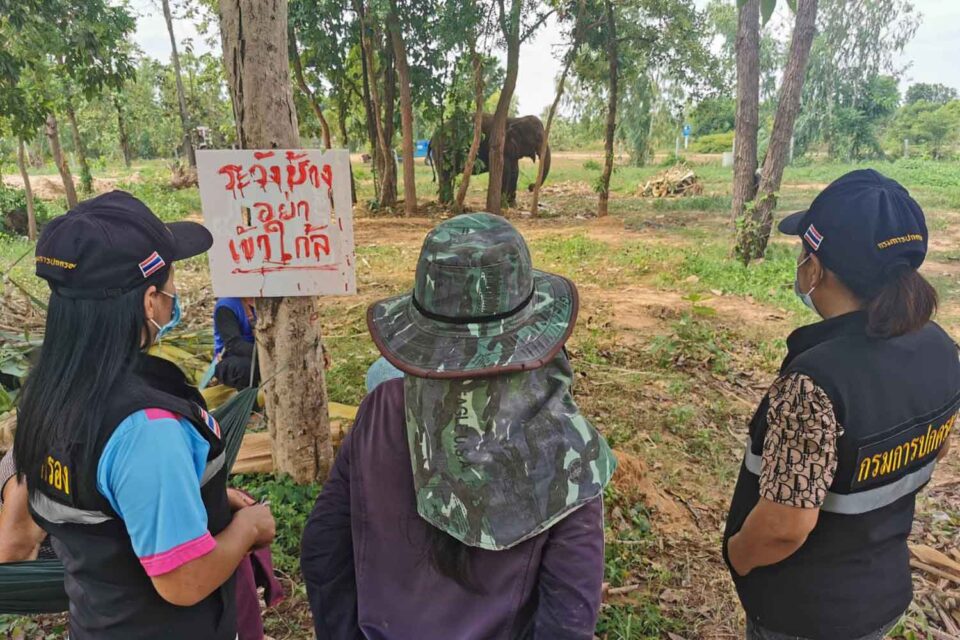 Peng Yimram has had a hard time making ends meet since his elephant – he calls her Cherry – killed a man at a jungle hotel in the Khao Yai area last month.

Mr Peng 51, and his 28-year-old elephant returned to their home in Satuk disrict, in the north of Buri Ram province, after the management of the hotel where they worked said they were no longer welcome.

They have been unemployed ever since.

Cherry killed a man in front of the Jungle House Khaoyai resort, near Thanarat Road, in Pak Chong district of Nakhon Ratchasima, in mid-April.

The elephant is now chained up in the grounds of Wat Pa Ban Khok Moo-Ban Phai in tambon Satuk.

The area is shaded by trees and there is fresh grass she can browse. But they have no work.

Mr Peng said Cherry is very quiet and seems lonely since being parted from her friends in Khao Yai. He said she is not dangerous, but he has put a sign anyway – warning people to keep away from her.

But without work he has no money, and she is short of food.

His elephant needs about 100 kilogrammes of food a day, which would cost 400-500 baht – money he does not have.

He previously earned 10,000-20,000 baht a month from tourists, and this was enough for them both to survive, he said.

Now, she relies of gifts of bananas and sugarcane from villagers, and a little cash from the occasional tourist, but it’s not enough.

He desperately hopes things will improve and he can get work again after the Covid-19 situation improves.

Asked about the tragedy in Pak Chong, Mr Peng said people must not approach any elephant unattended by its owner. An elephant was likely to attack strangers, he said – especially if it was in a bad mood.

On April 15 his elephant Cherry trampled to death a municipal worker, Rachan Theerapittayatrakul, 55, who moved in too close and tried to give her food on the roadside outside the Jungle House Khaoyai resort.

The man was on holiday with his wife and daughters.

Mr Peng told police he had left the elephant there to graze and trim the grass outside the hotel.

front cover Local officials take a look at Cherry the unemployed elephant, in Satuk district of Buri Ram on Friday. The sign on the tree warns people not to approach her. (Photo: Surachai Piragsa) 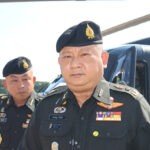