Home » Arrests made over sexual abuse of Thai models

Arrests made over sexual abuse of Thai models:

Concern over the sexual abuse of models hired to attend private parties in Thailand increased Thursday with new accusations of wrongdoing following the widely reported death of a partygoer.

Arrest warrants were issued for six men and women on charges of criminal association and molestation after a model filed a complaint that she was forced to drink until she passed out at a Sept. 16 party and woke up in a bedroom without any clothes on.

Five suspects surrendered but one was still at large, a police officer in Bangkok’s Bang Bua Thong district said on condition of anonymity because he was not authorized to release information.

The woman who filed the complaint, identified by the nickname “Dear,” said she had attended the same party from which another hired model, Thitima Noraphanpiphat, was carried unconscious to the apartment of male model Ratchadech Wongtabut, who later left her body in his building’s lobby, where she was found dead, police said.

Ratchadech was arrested Wednesday on charges of illegal detention leading to death, abduction with the intent of committing an indecent act and molestation, which he denies.

Police said Wednesday that an autopsy found that Thitima – also known as Lunlabelle – had died from extreme alcohol intoxication.

Her parents have challenged the finding and appealed Thursday to the Justice Ministry for further investigation.

The case has been the focus of massive attention by Thai media and much commentary on social media.

The furor has been fueled by the publication of the suspect’s online posts boasting of past sexual conquests and broadcast of surveillance video showing him carrying the apparently unconscious victim.

Thai media reported that Dear had been interrogated by police investigating the death of Thitima and afterward lodged a complaint with them against the owners of the party house and some guests.

Women such as Thitima, 25, are called “pretties,” a term for models normally hired for events such as auto shows to pose seductively with products they are promoting.

Working as party entertainers in private homes is a new development in Thai society but appears to draw significant numbers of willing young women and men, said Varaporn Chamsanit, program manager for the group Women’s Wellbeing and Gender Justice.

“This is a profession with a high risk of being victimized by sexual predators or just regular persons who want to have some fun when they get drunk,” she said.

The publicity over Thitima’s case has opened up an opportunity for people working in the sector to ask for protection through government regulations, Varaporn said. 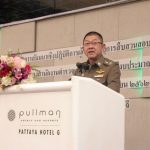 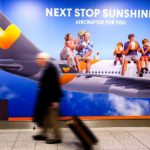