Home » Our brother was murdered by ‘modern day monster

HEARTBROKEN siblings have branded their brother’s twisted killer a modern day Myra Hindley and called for her to die behind bars.

Sick Charlotte Dootson, 25, murdered her boyfriend Amin Mukhtar, 53, after tying him up and throttling him with an extension lead as she flirted and sexted another man.

Dootson bound vulnerable Amin by his hands, feet and neck with extension leads at his home and left him tied up for two hours.

His devastated family, from Longsight, Manchester, are blaming Greater Manchester Police, Social Services and the Mental Health team for a catalogue of blunders that contributed to the tragedy.

Amin’s brother Yasin, 52, told The Sun: “She is simply pure evil, no words could describe how horrific her treatment of my brother was – she’s a modern day Myra Hindley and a danger to all.

“She tortured and killed my brother, a loving son, sibling and uncle with 16 loving nephews and nieces and a great uncle to six.

“Amin was the gentlest of us and the best of us with loads of friends and his vulnerable nature meant he got taken advantage of.

“They met when he saw her crying in Manchester and felt sorry for her and went over to comfort her. He wanted to help and that was his magic – he wanted to help everyone.

“It was 2017 when they met, but she was controlling and was abusing him, though none of us realised what was happening.

“He was a straight up guy and there was nothing dodgy in his life, but she introduced him to Spice and he wouldn’t even drink, or smoke before this.

“He was a good son and wanted to make his mother proud and was never into Spice.

“He was no drug user – he was coerced into doing it. He was born premature and was hard of hearing in one ear and had a bit of a stutter – he was small in build and just nine stone, so very vulnerable.

“He suffered all his life with mental health issues and depression.

“Some friends who saw them told me they didn’t look right together, she would shout at him and embarras him in public.

“But he took that all and just followed her around. My brother wouldn’t say where he was living – but she was controlling everything we now know and realise.”

Dootson, a former drug addict with a personality disorder, targeted harmless and vulnerable Amin and put him through years of vile and very violent domestic abuse.

The week before the killing, Dootson had struck up a relationship with a man online.

On the morning of August 30, while she was with Amin in his flat, they flirted with each other and exchanged sexual images and messages.

Just like Myra Hindley she should die behind barsYasin

Evil Dootson was jailed for life at Manchester Crown Court last week after admitting murder and will serve a minimum of 22-and-a-half years.

Amin’s brother added: “When an Asian man dies we take him to the mosque and wash him and it was there I saw all the wounds on his body.

“The police told us he was strangled with trauma to the neck and strangulation marks.

“When we were washing him you could see the marks from the cord around his neck, you could see bruises on his head, face, arms and body.

“There was a slice mark to the rear of his right bicep with marks from stitches and his left bicep had the same defensive wounds and that still had the stitches in the cut.

“This death was so preventable as she had strangled him weeks before and had been charged for her domestic violence.

“When she was arrested she told the police she was going to kill him and look what she did.

“There was no remorse whatsoever. She even told the court on her first appearance that she liked being in prison – she should stay there forever as we are convinced she will always remain a danger to others.

“Just like Myra Hindley she should die behind bars.”

Dootson had been arrested three times on suspicion of assaulting Amin, and on one occasion she spent a month in custody before the case was ultimately thrown out after he refused to support the prosecution.

Her attacks “intensified in frequency and seriousness” prior to the murder in August last year.

Amin’s sister Fozia, 46, said: “She is pure evil and callous. Amin was a timid guy, he was just so quiet and kind, he wouldn’t hurt anyone and he did not deserve what she did to him.

“There is no punishment that she could ever receive that will ever compare to the pain that she has caused us as a family. As a family we want answers.

“The hospital staff all did their bit, they reported all the injuries to the police and they have a lot of questions to answer.

“They simply have not done their job at Greater Manchester Police – it was four weeks before he died when they received a damning communication from the hospital.

“This was a high-risk domestic violence victim and it took the police 11 days to respond and all they did was ring him up.

“A phone call – they never even bothered to visit a vulnerable man to check he was ok.

“The Social workers and Support workers must have known what was going on, but nothing was done to keep him safe. This is a very avoidable tragedy.

“The Mental Health team didn’t even have next of kin details – it was six months after he died that the family got a letter from them.

“In court it took the barrister about 40 minutes to read out all the horrendous stuff that had happened to our brother. It took so long and I’ve not been able to sleep since that day.

“We even got abused at the court by her family. There has been no apology or remorse from any of them.

“The judge should have been more forceful with her in court – she was even putting her thumbs up after my victim impact statement was read out.

“She is clearly a manipulating, controlling witch, who targets vulnerable people and should be kept behind bars

“How many chances do you need to lock someone like that up as they are clearly a danger to others?”

The Independent Office of Police Conduct has launched an investigation into the handling of the domestic violence incidents surrounding Amin’s death. 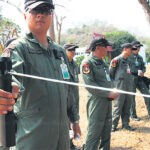 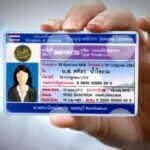 Thai driving licence now a QR code in your smartphone