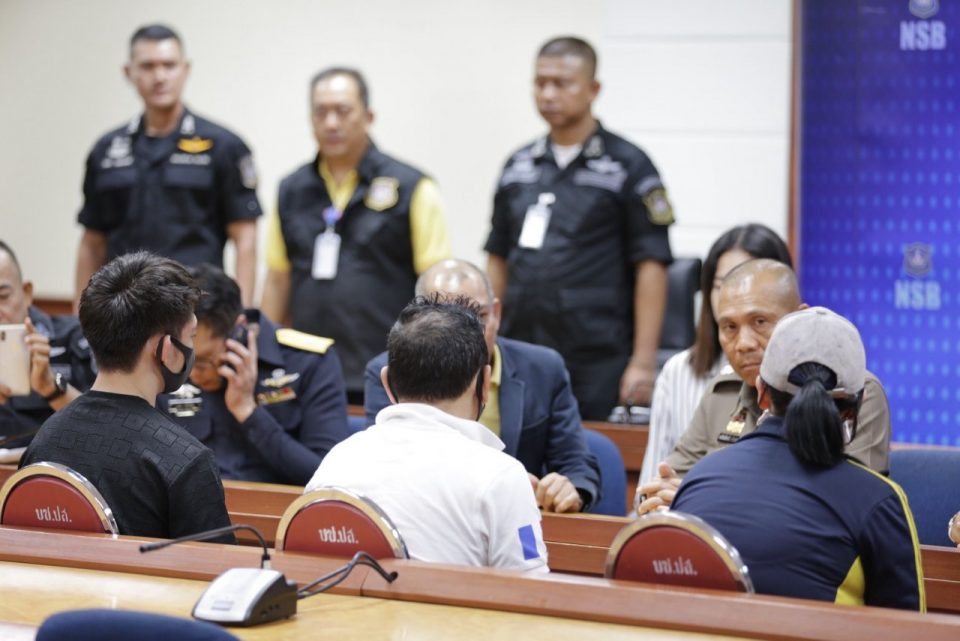 Other celebrities implicated in drug network

INQUIRIES are continuing to determine who else, possibly some other celebrities, are involved in former pop star Prissana or Priscilla “Pookie” Gemelli’s drug-trafficking network.

“We have heard that many entertainment figures have transferred money to Pookie’s bank accounts. So, we will contact banks to see if any transactions were made for illicit drugs,” Narcotics Suppression Bureau’s deputy commander Pol Maj-General Chatree Paisalsilpa said on Thursday.

Chatree said Prissana, 40, had not implicated anyone, so it would take some time to track down her associates. “But we are urgently working on this case,” he said.

According to him, more than Bt10 million has flowed through Prissana’s bank accounts over the past few years. Speculation is rife that many of her customers were famous entertainment figures; some reports have even carried their initials. A police source, meanwhile, claimed that Prissana had admitted to officers that she wanted to sell drugs for money and that she could have earned up to Bt700,000 had the drug deal on Monday not gone wrong. Prissana and her husband, 49-year-old Chonlawit Kitatrakul, were arrested on Monday night with 98.3 grams of crystal meth, eight meth pills, 10 pills of ecstasy, 4g of ketamine and 40g of marijuana at their home in Bangkok’s Bang Khen district.

Hung, Chonlawit and Hung are all now being detained in police custody.

Prissana has been in a relationship with Chonlawit for more than 10 years. Over that time, her husband has made friends with many foreigners even though he is not fluent in English. Sources said Prissana had served as his interpreter and ended up stepping into drug-trafficking because most foreigners Chonlawit knew were in fact drug dealers.

The police source claimed on Thursday that Chonlawit had been charged in connection with drugs once before, for allegedly organising a party for six foreigners at a condominium in Bangkok in 2017. Following that arrest, he jumped bail and did not report to the court handling the case.

That case will be heard separately from the one currently being investigated.