A new Thai road safety campaign on Koh Samui perhaps isn’t sending out the message intended by police and local officials.
An image shared by Facebook user Rutger Langaskens‎ revealed a poster campaign launched on the island informing people of the importance of wearing a helmet when riding a motorcycle.
“Motorcycle Wear a helmet” the poster says, alongside similar and presumably as poorly translated messages in Chinese and Burmese, as well as in native Thai.
However, while the message may be about making sure you wear a helmet, there is no mention about the dangers of squeezing four people on the back of a motorbike!… KSN – EP 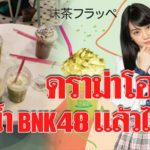 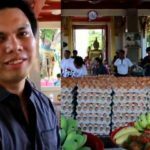