Home » One Table per person, Family of 4 please ?

One table with four people will have only one person who can sit-down ????

Dining in might be allowed until 9pm at restaurants in six provinces classified as dark-red zones for coronavirus control, but only for 25% of tables, or one person per table. An announcement is expected on today , authorities say.

Members of the national coronavirus task force on Friday discussed the current tough restrictions, particularly those imposed on restaurants and food shops, in a bid to reduce the economic and social impacts

However, any easing of Covid control measures must be in line with progress in curbing the spread of the disease, said Taweesilp Visanuyothin, spokesman for the Centre for Covid-19 Situation Administration (CCSA).

The meeting initially concluded that dining in could be allowed in the six dark-red provinces: Bangkok, Chon Buri, Chiang Mai, Nonthaburi, Pathum Thani and Samut Prakan. Patrons could dine until 9pm, with no more than 25% of seating occupied, and restaurants could take orders for takeout until 11pm, instead of 9pm as currently required. Any activity or gathering with more than 20 people would be banned, said Dr Taweeslip.

The decision to ease the curbs now rests with Prime Minister Prayut Chan-o-cha, in his capacity as director of the CCSA. An announcement will be made on Saturday, said Dr Taweesilp.

Restaurant operators have pleaded with the prime minister to ease Covid restrictions, including lifting the ban on dine-in services, to help thousands of establishments and their employees avoid financial ruin.

Pasinee Pitaknilpradap, president of the Restaurant and Goods Product Association (RGPA), said food and beverage operators had been suffering because of the restrictions imposed by the CCSA. 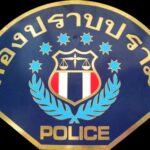 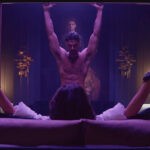 BANG Netflix’s 365 DNI is BACK for two sequels