Home » One more hour of freedom as curfew may be shortened 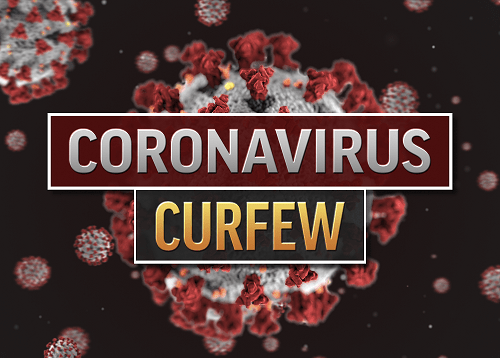 A proposal to shorten the nighttime curfew by an hour and resume 11 types of businesses, such as cinemas and spas, will be considered by the Centre for Covid-19 Situation Administration (CCSA) on Monday.

If approved, curfew hours, which were imposed to help prevent coronavirus infections, would be shortened to 10pm-4am instead of the current 9pm-4am, according to a government source.

Also, 11 types of businesses and establishments — such as spas, cinemas, restaurants with live bands, tutorial schools, sporting grounds and museums — would be able to reopen, the source said.

However, the most stringent public health measures are likely to be maintained in 29 dark-red provinces, including Bangkok, the source said, adding the coronavirus situation will be reviewed every 14 days.

The shortening of curfew hours and the resumption of businesses are expected to be the top agenda during today’s CCSA meeting chaired by Prime Minister Prayut Chan-o-cha.

The proposal will be presented to members of the meeting by a CCSA-appointed sub-committee asked to study the kingdom’s Covid-19 restrictions and determine when they should be relaxed.

Sanan Angubolkul, chairman of the Thai Chamber of Commerce, yesterday said if low-risk business activities could restart with strict health regulations in place, the economy would begin to recover in the fourth quarter.

Businesses were more optimistic about the kingdom’s economic prospects as more vaccines were being rolled out in the provinces and the price of antigen test kits was falling, he said.

Monday’s CCSA meeting will be crucial in sending a positive signal for the economy in the next three months, he said.

He added that business operators are keen to go ahead and help revive the economy while abiding by government guidelines as it relaxes restrictions.

Meanwhile, Thaniwan Kulmongkol, president of the Thai Restaurant Association, said the group will ask the CCSA to allow restaurants to stay open until 10pm instead of the current 9pm.

The 9pm closure was deemed impractical because public buses run until 9pm and restaurant staff need to leave at 8pm to catch a ride home, she said.

Ms Thaniwan added the current closing time is not helping restaurants that cater to evening dine-in services. Only a few people are eating out and some need to leave quickly before the curfew begins, she said.

The CCSA has lifted most restrictions on retail, dining and restaurants have been allowed to resume dine-in services at 75% capacity for outdoor dining spaces and 50% capacity for air-conditioned areas.

Originally, restaurant employees were required to be fully vaccinated and tested via antigen test kits every 5–7 days before entering their workplaces.

However, new guidelines also made it compulsory for customers to show proof of vaccination and negative test results before entering restaurants.

The rules, however, came under fire for driving customers away.

They were later revised, exempting people in dark-red provinces from such rules so they can dine in at eateries and restaurants. 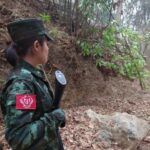 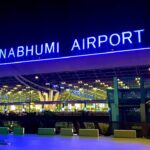