Home » ONE IN 10 THAIS HAVE MARITAL PROBLEMS DUE TO ALCOHOL, SURVEY SAYS 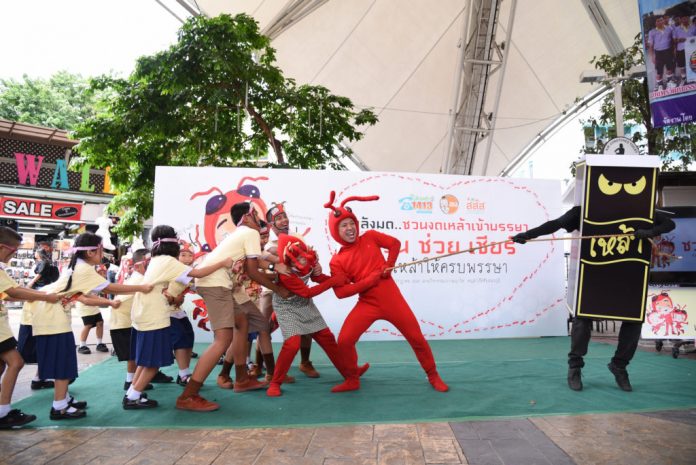 About 10 percent of Thais say they have experienced marital and family problems because of someone else’s drinking habit, according to a new study published Monday.

The survey, which involved face-to-face interviews with 1,695 Thais over twelve months, also found that over a third of respondents feel threatened when they encounter someone drinking in public.

The survey comes at a time when proponents of stricter alcohol regulations are saying it’s time the authorities focus on the adverse impacts of drinking, similar to a recent crackdown on second-hand smoking.

“When someone faces a drinking problem, people around them are affected as well,” survey organizer Orathai Waleewong from the Ministry of Public Health said at a news conference.

The survey was supported by four organizations, including the Thai Health Promotion Foundation and the Center for Alcohol Studies.

She also identified other impacts on work, the emotional well-being, and the finances of drinkers.

“There are no national measures to address the issue, such as rehabilitation services,” Orathai said.

Even so, there exist a variety of laws aimed at curbing advertising and consumption of alcohol, which some business operators have labeled as excessive. The most notorious among them is a ban on any action that “encourages” others to drink, with a maximum penalty of 500,000 baht.

Juvenile welfare official Sahakarn Petchnarin said restrictions are also already in place on selling alcohol in the vicinity of 34,900 schools and universities.

When asked whether the strategy is sound given other countries like the United Kingdom enforce no such restrictions (some top universities such as Oxford and Cambridge even subsidize the price of alcoholic drinks on campus), Sahakarn said Thai youths lack the same level of maturity as their Western counterparts.

“The context is different. The strength of mind is not there,” Sahakarn said.

When reached for comments, Thai Alcoholic Beverage Business Association chairman Thanakorn Kuptajit urged campaigners not to treat them as problems but engage with them to solve problems.

“Such problems can be solved through cooperations. Don’t look at us as problems. We are the solutions,” Thanakorn said in an interview, adding that part of the problems is in not enforcing the law forbidding minor of those under 20 to buy and drink alcohol.

Thanakorn also warns that while he generally support the zoning of places where one can buy alcohol, tourism revenue should also be taken into consideration.

“We need to consider the impact on the economy,” he said.