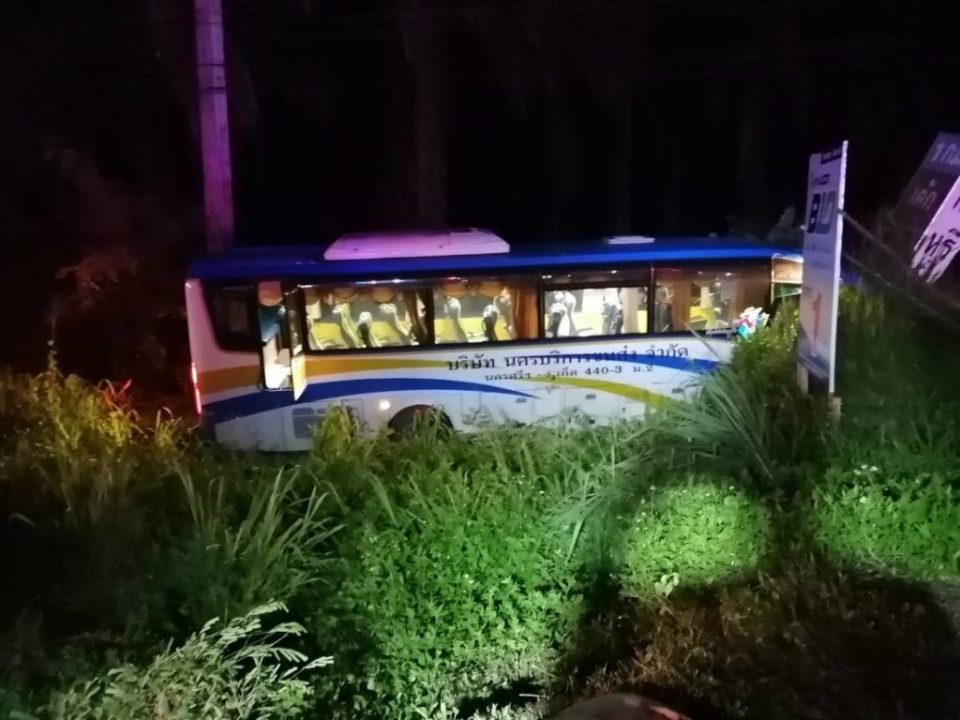 A Phuket tour bus, pickup truck and car crashed in Krabi, leaving one person dead, a woman who was seven months’ pregnant sustained serious injuries and 12 other people were taken to hospital with minor injuries. 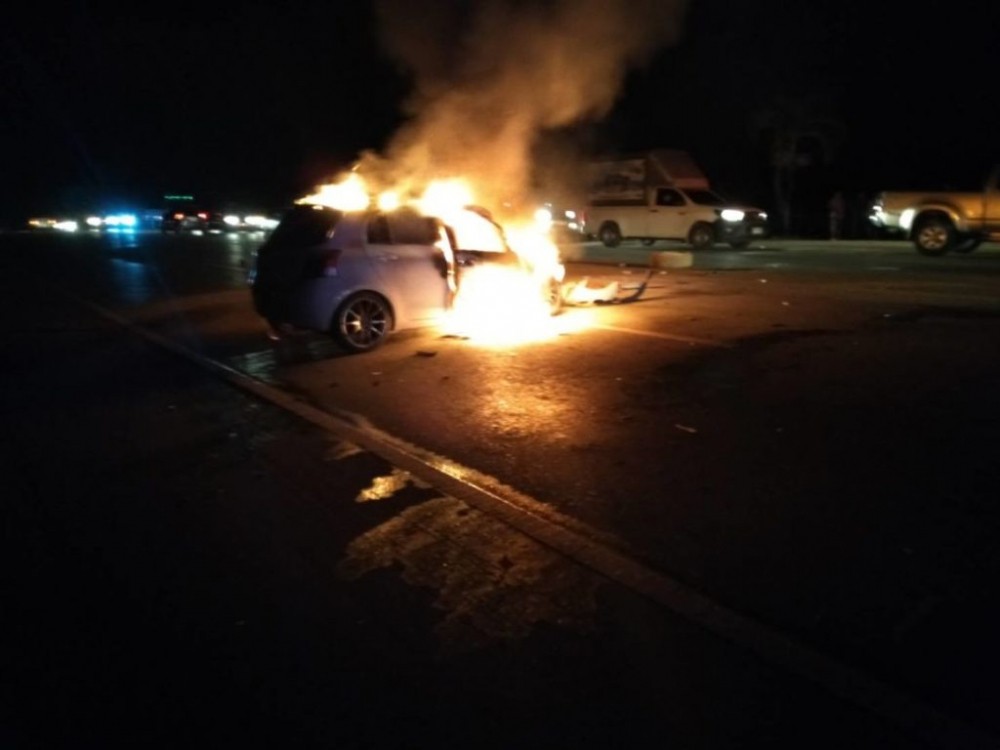 The collision involve a Nakhon Si Thammarat-Phuket bus, a pickup truck and a car on Wednesday night on Phet Kasem Road in Khao Kram, Krabi.

A burning Toyota Yaris was left in the middle of the road and it took about 10 minutes to control the fire.

The pregnant driver escaped from the car. 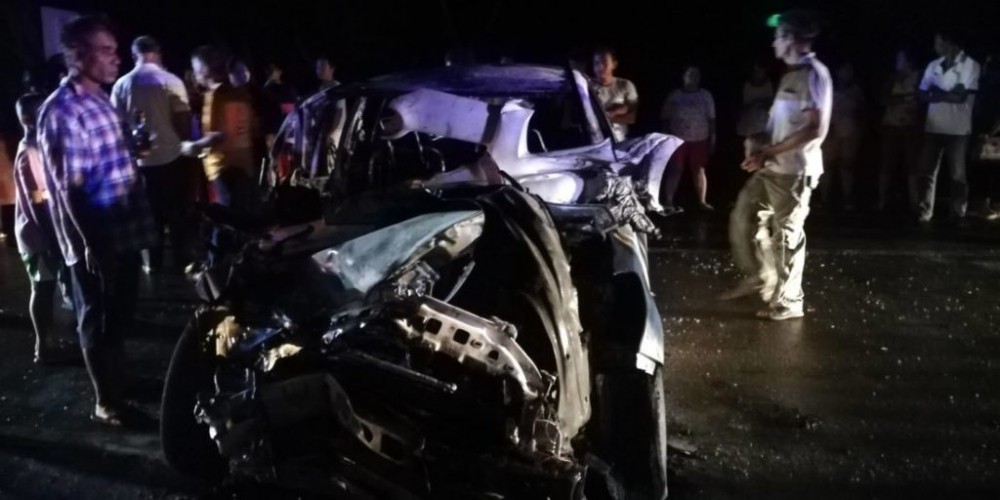 In total, 14 people were involved and taken to Krabi Hospital. The pickup driver was pronounced dead at the scene.

Witnesses said the pickup was in the middle of the road, changing lanes, when the Yaris, coming from behind, collided with the back of the truck.

The bus, which was carrying 12 passengers, collided with both vehicles and the Yaris caught fire. 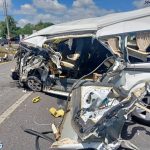 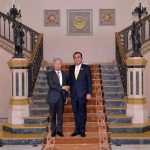