Home » One Battle in the War Against Sex 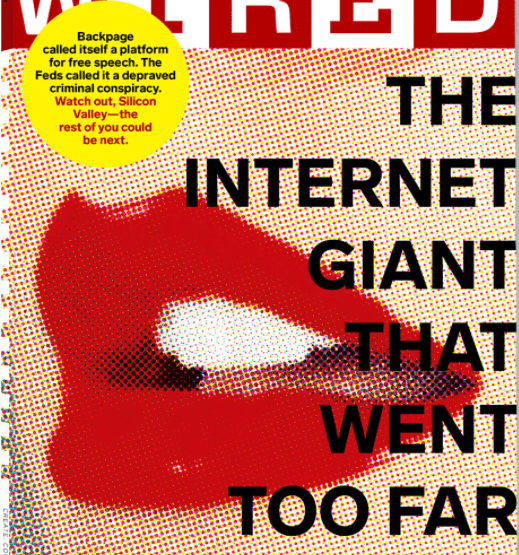 In both my book, Lonely Sex Tourist, and these articles, I have referred to a War on Sex. Of
course, the best evidence of that war is President G. W. Bush, elected in 1999 and saying that as
President, he will eradicate prostitution. His best effort was the PEPFAR program which was,
and still is, clearly extortion by offering 15 billion dollars initially to solve the problem of
HIV/AID only if countries agree to aggressively attack prostitution even in countries where is
legal or widely accepted.

Of course a War has battles and this article is about one of those on going battles against sex.

This is story about Backpage, a popular website if you wish to sell something anywhere in the
world. It is very similar to its competitor Craigslist. If you have something you wish to sell, such
as my example, a motion picture camera with an original price I paid of about $1,000. Your first
step to do so is to pick a country and city. If you live in Thailand, you can advertise on Backpage
in their Bangkok section and readers in all of Thailand will find you.

Both Back Page and Craigslist provide advertising for people with something to sell, either a
product or service. If you need a plumber or a piano teacher, you will find them listed too.
Plumbers listed in Bangkok will not be the same plumbers you will find listed in Chicago. Until
recently you could find masseuse, even prostate masseuse, and other services.

For several years, especially as internet advertising replaced newspapers, this was a way that sex
workers could safely advertise their services. In this way they could conduct their small
entrepreneurial business without interference of pimps or traffickers whom we all hear so much
about. This applied to countries all over the world.

For this reason, people attempting to eradicate prostitution have been struggling for years to also eradicate both Back Page and also Craigslist. Craigslist capitulated early on and made the choice to avoid that fight. Back Page,
a digital hero to many, has stood it ground that sex workers should be allowed to advertise in this way.

Those people who wish to undermine freedom of speech in this way have a tool in their fight and
it is the claim that Back Page is allowing and even helping pimps and traffickers advertise
“children” (people under 18 years old per the UN definition). Back Page responds by saying it
has taken extraordinary steps to keep “children” safe from advertising sexual services. The lawsuits
go on, but defense is tough when the prosecution has the unlimited resources of the federal
government and the influence of hysterical media.

This writer has voided this issue because I live in Thailand now. But this is a unique situation
because anyone could always look in Backpage online and see those young girls that are
supposed to be there, the ones the anti-prostitution ideologs see. Those of us who follow these
pop culture issues of sex work and trafficking will not be surprised when we do not see children
advertised on Backpage. It’s a big world and, of course, there must be some, but you should not
be surprised if some sneak on but are quickly removed. Back Page and police officials admit that
that Back Page has done more than anyone to help keep advertisements by children off their
paper.

Freedom of speech is one of America’s proud freedoms, but this is a case where freedom
of speech is ignored in the name of rescuing children around the world. In theory I would agree
if the problem of child (under 18) prostitutes are a big problem but portraying this as a big
problem is part if the exaggeration which feed the hysteria about globalized sex.

But when you consider how much exaggeration and deliberate lies there are feeding and
sustaining hysteria about sex work and sex trafficking, this legal maneuvering quickly looks like
many other infringements of freedoms in many other areas.

So, in the form of research, every time I see a story about the Backpage case I will get on the
internet and pick a few cities in a variety of countries and look for advertisements by “girls” who
look younger than 18 years old. There were rarely any at all to even give a second thought.

I was reminded of reading that academic research has demonstrated that eyewitnesses are now
known to be highly unreliable, and eyewitnesses have sent many innocent people to jail over the
years. If a slim Black man robs an eyewitness and that eyewitness is offered a slim Black to
identify the eyewitness is likely to select that man even if innocent. That has been shown over
and over by academic research. In that regard, if an anti-prostitution zealot wants to see young
girls on Back Page, that is what they can easily see.

When I choose to write this, I couldn’t stop there. I had to do another kind of qualified research.
I had to see if I could meet one of these “children” and ask how this business of advertising is
conducted on Back Page. Of course, since I didn’t expect to meet a “child” since there seems to
be so few. But I did see how this process takes place.

That research will be in my next article but first I have to stop here and turn my hat around. My
MBA specialized in marketing. I was quite a success at what was known as direct response
marketing. I assure you lots of crazy products have been sold and especially now online. So,
why not the personal private services of adult, consenting, not-trafficked prostitutes? If ever
there was an American freedom of speech issue, this could be the one that sets the standard for
freedoms. And we would have the owners of Backpage to thank.

I assume REASON.com will welcome my sharing their stories about their coverage about the
attacks on Backpage. There is a War going on and we must stick together.
Backpage Archives – Reason.com
› tag › backpage 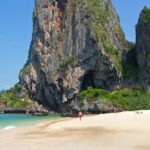 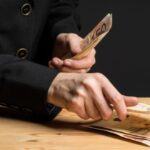