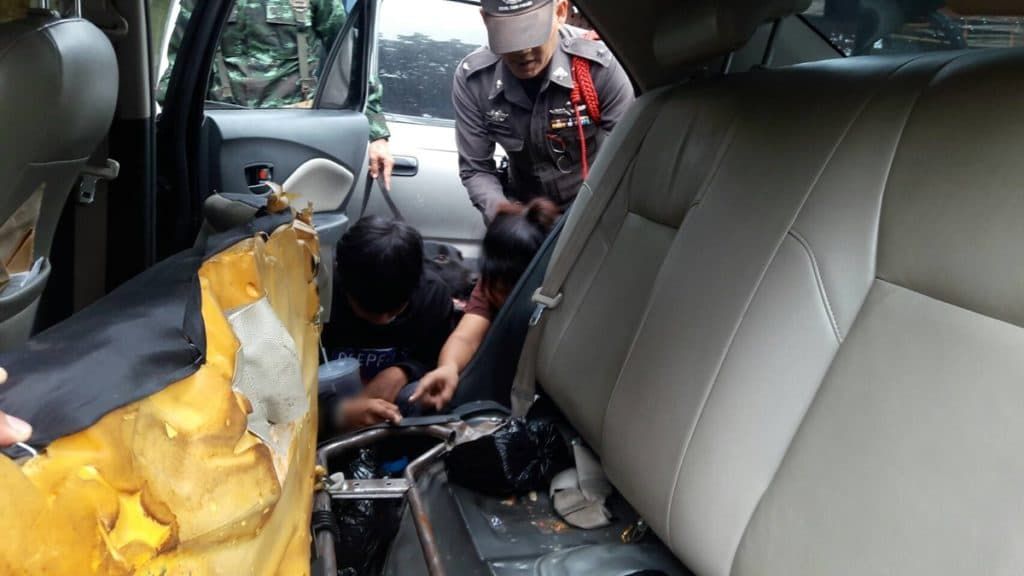 Two relatives were arrested in Kanchanaburi province on Saturday night for possessing nearly Bt100 million worth of crystal meth-amphetamines after their car was stopped following a tip-off.

Soldiers allegedly found a huge quantity of the illicit drug in their car, which was intercepted at a temporary checkpoint on the Sangkhla Buri–Ban Phra Chedi Sam Ong road.

Lad Ya taskforce’s chief Colonel Sarawut Chaiyasit on Sunday said that the checkpoint was set up in response to a tip-off that a large volume of illicit drugs would be smuggled that day from Myanmar to Thailand’s Kanchanaburi border province.

The older suspect, 28-year-old Nipapat Klanbut, has confessed to police that she was paid Bt10,000 to deliver the drug to a location in Suphan Buri province.

Nipapat has insisted that her younger relative, 18-year-old Wanchalerm Sohsawaeng, knew nothing about the drugs delivery and simply did her the favour of accompanying her during long road trips.

Wanchalerm has also denied any wrongdoing, saying that he just got into the car to keep Nipapat company and to enjoy some sightseeing.

Soldiers have now handed over the two suspects to the Sangkhla Buri Police Station. They are charged with drugs possession. 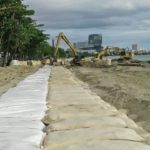 Pattaya beach ready to welcome tourists back after Bt430-million sprucing 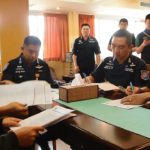