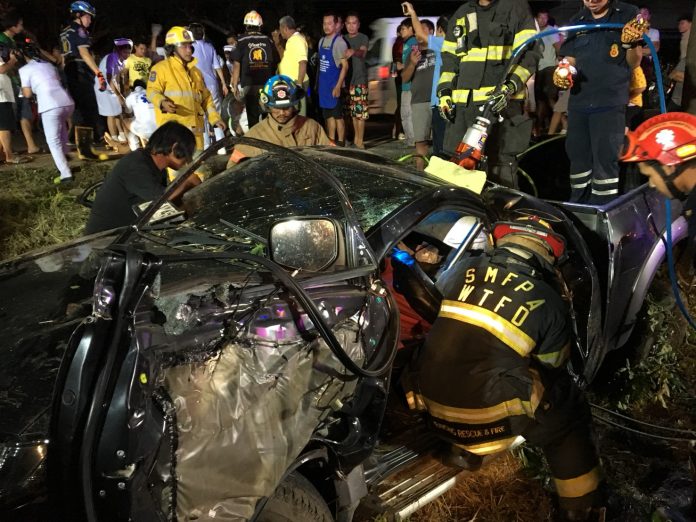 An elderly Briton said Friday he fell asleep behind the wheel when he caused the death of a 10-year-old girl in a car crash.

Alan Jamieson; 79 of Liverpool, England; confessed to police that he hit the car carrying Pattharawadi Sooknet and her family on Thursday night in Rayong province. Jamieson was driving without a license and tested positive for intoxication.

“He confessed to hitting her, but he said he was asleep at the wheel,” Capt. Suchet Tepchali of Rayong city police said.

Suchet said Jamieson was an expat who had been living in Thailand 20 years.