Oil Prices rise To Three-Year High following New Iran Sanctions – Oil prices surged in Asia on Wednesday to a three-and-a-half-year high, hours after President Donald Trump announced the US was withdrawing from a nuclear deal with Iran.

Political uncertainty about the regional impact from the US pull out and new sanctions on Iran has gripped the market in recent days.

On Wednesday morning, these fears pushed oil prices up more than two percent in Asia when trading opened.

Prices had dipped on Tuesday, when analysts expected a softer tone from Trump towards Iran.

Some believe new sanctions on Iran could see crude prices rising to $80 a barrel, with uncertainty over oil-rich Venezuela, report shared by bangkok jack an OPEC-Russia output cap, improving global demand and a possible drop in US stockpiles.

But many analysts believe that prices might not be too heavily impacted by the decision.

“Given the unilateral move by the US, much of the movement on oil prices had been factored in,” Stephen Innes, head of Asia-Pacific trade at OANDA, told AFP.

He said that the market would continue to be supported by other factors, adding that “even without Iran sanctions oil prices will remain firm”.

Others are urging caution, such as National Australia Bank’s strategist Ray Attrill.

“It’s early days in terms of how the (Iran) decision will play out in terms of heightened geopolitical stress in the Middle East,” he said.

Concerns will also be eased by Saudi Arabia’s announcement that it will take all necessary measures to prevent supply shortages following the US withdrawal from the Iran nuclear deal.

“The kingdom will work with major oil producers within and outside OPEC, and with major consumers as well to limit the impact of any shortages in supplies,” report shared by bangkok jack the Saudi energy ministry said in a statement late Tuesday.

Saudi Arabia currently pumps around 10 million bpd, but has capacity of around 12 million bpd – a surplus of two million barrels per day (bpd).

“The kingdom of Saudi Arabia is committed to support the stability of the global oil markets to serve the interests of both producers and consumers and also the sustainability of global economic growth,” the ministry statement said.

Saudi Arabia is one of the few countries to back Trump’s announcement. 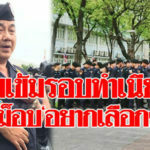 How many nuclear weapons are in the world?