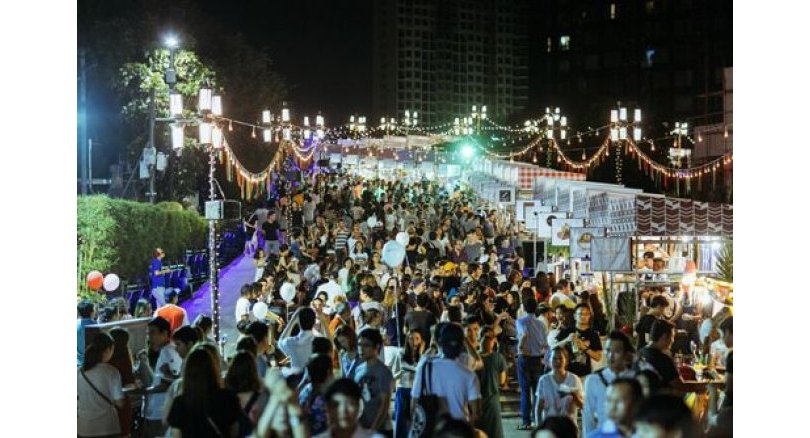 The Christmas Market Fest will be back at Saen Samran Bridge T77, the residential hub on Sukhumvit Soi 77 (Onnut 1/1), on December 16 and 17, for its fifth edition.

Centred on the concept “Wondrous Christmas Town at T77”, the event will feature Santa Claus and his friends along with plenty of places to shop, eat and chill in the wintry atmosphere.

Shoppers and gourmands alike will be thrilled by the “T77 X’Mas Town” strewn with fairy lights all the way from the entrance. A “Mood Wall” adorned with mood pins greets visitors at they enter while more than 120 hip stalls are being set up in seven zones. The “Market Zone” will be packed with stalls featuring popular restaurants and food trucks and offers fashion, health goods, antiques and house décor items.

The highlight is the “Santa Factory Zone” with replicas of Santa’s toy factory. Join in the fun games and receive wonderful prizes presented by Bangkok Bank. Be enchanted by experimental shows at the “Zoolumination Zone” under the theme Winter Forest that mimics an arctic forest, aurora borealis and animals with lights programmed to imitate their movements as though they were coming to life.

Over at the “Playground Zone”, children and families can enjoy a variety of playthings that are guaranteed to bring laughter and joy and stimulate imagination in children. Next door is the “Dog Pavilion Zone” filled with stalls designed for pet lovers and a large plaza for dog training.

And don’t miss the “Workshop Spaces Zone” and the “Music & Show Zone” where mini-concerts by artists such as Film Bongkot and Sqweez Animal on December 16 and Lipta and Season Five on December 17 will be performed.

A shuttle bus service is available between Onnut BTS Station and T77, leaving from under the pedestrian bridge for BTS Exit 2 in front of Tesco Lotus Onnut. Temporary parking at Wat Mahabut (Onnut 7) is available.

The fair is open on all three days from 4 to 10pm. 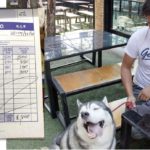 Ripped off by a dog grooming shop 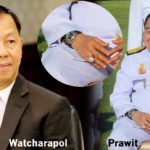