A nurse and a young motorcyclist were killed when an ambulance transporting two young patients home collided with the bike before hitting a roadside tree in Chiang Mai’s Hot district on Thursday morning.

The accident, at 6am on the Chiang Mai-Hot road in Tambon Bo Kaew, also injured the ambulance driver, another nurse, two male patients and their father and mother.

The dead nurse was identified as Kriangkrai Boonji, 28, while the young motorcyclist was unidentified. 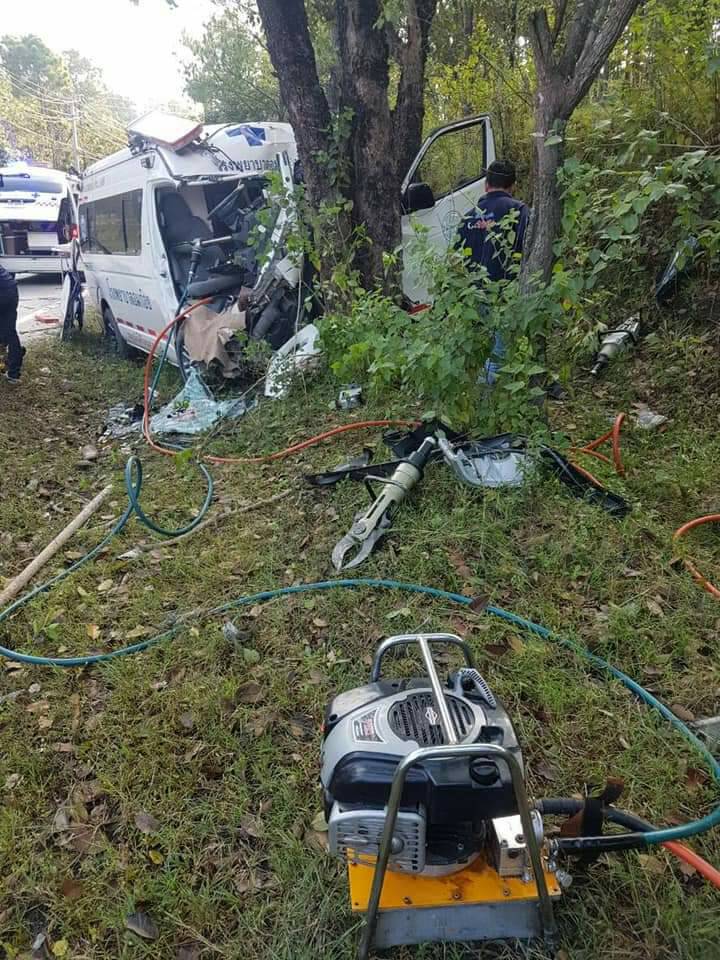 Phuriwan Chokkerd, a doctor at Chiang Mai Hospital who was at the scene of the accident, said the ambulance was transporting two male patients from Nakhon Ping Hospital in Chaing Mai’s Muang district home after they had been treated.

The ambulance driver tried but failed to avoid hitting the motorcycle before crashing into a tree, Phuriwan said.

The injured were taken to Jom Thong and Hot district hospitals.

Thai government respond to rapper abuse with…. their own song