NORA Quoirin was alive for a week before dying from hunger and stress – but there was no sign she was raped or kidnapped, cops have revealed today.

The 15-year-old Brit succumbed to “intestinal bleeding” after wandering through the Malaysian jungle as emergency crews desperately searched for her – tragically finding her body three days after she died.

Negeri Sembilan Police Chief, Mohamad Mat Yusop, today said authorities had found no evidence of foul play despite fears the teen had been abducted and her body dumped.

And he said a post-mortem also found she had not been sexually abused.

Instead, they ruled the teen had died from internal bleeding in her intestine after a stomach ulcer burst, following a period of prolonged hunger and stress.

Speaking today, the police chief said: “The cause of death was upper gastrointestinal bleeding due to duodenal ulcer, complicated with perforation … it could be due to a lack of food for a long period of time and due to prolonged stress.

“For the time being, there is no element of abduction or kidnapping.”

He added that there were some bruises on her legs but that these would not have caused her death.

“Vulnerable” Nora – who was born with the brain defect holoprosencephaly – is believed to have been dead for up to three days before being found in a spot search crews had already examined.

This means she could have been wandering through the jungle for a week as emergency services desperately searched for her after she vanished from her family’s accommodation at a holiday resort on August 4.

Nora’s parents Meabh, 45, and Sebastien, 47, had previously demanded answers about what happened to their daughter as they insisted she would never have wandered off alone.

Prior to the post-mortem findings, French prosecutors had joined the probe – as Nora’s father is French – to investigate whether the teen was kidnapped before her death.

A lawyer representing the family in France told Le Parisien that the parents had filed a complaint “for kidnapping” and were convinced her disappearance is of “criminal” origin.

The family’s spokesman Matthew Searle, of the Lucie Blackman Trust, said they still have “a large amount of questions”.

He said: “One of those questions is, has the body been there all the time or is there a criminal involvement? Was the body dumped there afterwards?”

‘WE WILL ALWAYS LOVE HER’

In a tribute to Nora, her family said: “We thank the local people here and those far and wide for their prayers and support at this time.

“Nora has brought people together, especially from France, Ireland, Britain and Malaysia, united in their love and support for her and her family.

“To all our friends and family at home, we can’t thank you enough for all your love.

“Nora is at the heart of our family. She is the truest, most precious girl and we love her infinitely.

“We will always love our Nora.”

It is understood Nora had been wearing underwear when she went missing – but police said when she was found she was “completely naked”.

The officer who has been leading the hunt, Datuk Mazlan Mansor, said she was found in a stream running through a ravine, adding: “The stream was about 1.2km deep in the ravine,” he said.

A volunteer taking part in the search, Sean Yeap, revealed that the body had not been covered in any foliage.

Nora’s parents visited the site where her body was found and later identified her body at the Tuanku Jaafar Hospital.

The teenager was discovered missing from her bedroom at the Dusun eco-resort in southern Negeri Sembilan state on the morning of Sunday August 4, with the window left open.

She was on “trip of a lifetime” with her family including sister Innes, 12 and brother Maurice, eight, at the time of her disappearance.

The teen had only arrived the day earlier with her parents and two siblings at the resort in a nature reserve near Seremban, 39 miles south of the capital Kuala Lumpur.

A volunteer searcher told the MailOnline Nora had told her parents she was “excited” about seeing a waterfall.

Nora’s parents are an Irish-French couple who have lived in London for about 20 years.

The Dusun is a 12-acre orchard resort next to the Berembun Forest Reserve – 4,000 acres of protected virgin forest rising to 3,900 feet.

Shamans were even brought in to pray for her safe return and video footage showed them praying cross legged on the jungle floor. 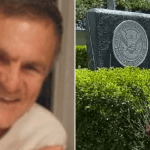 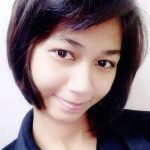