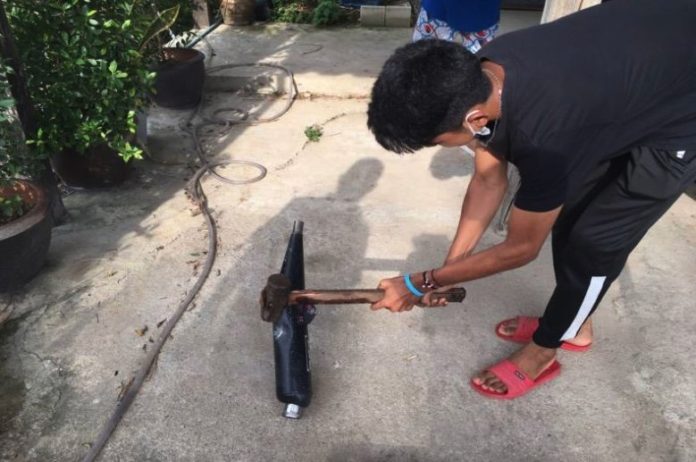 A village headman in Krabi, southern Thailand, has come up with a popular way to discourage idiots who ride around on motorbikes, with modified exhaust pipes, shattering everybody’s peace and quiet.

Kamnan Sumit Rak-O explained that the police had tried but failed to curb the problem of noisy, adapted exhausts used by street racing youth.

So he decided to make his own plan which has proved to be far more successful.

Firstly a checkpoint set up on the main road with a sign that reads ‘Siang Dang Jap Nae,’ which translates as ‘be noisy and we’ll get you.’ 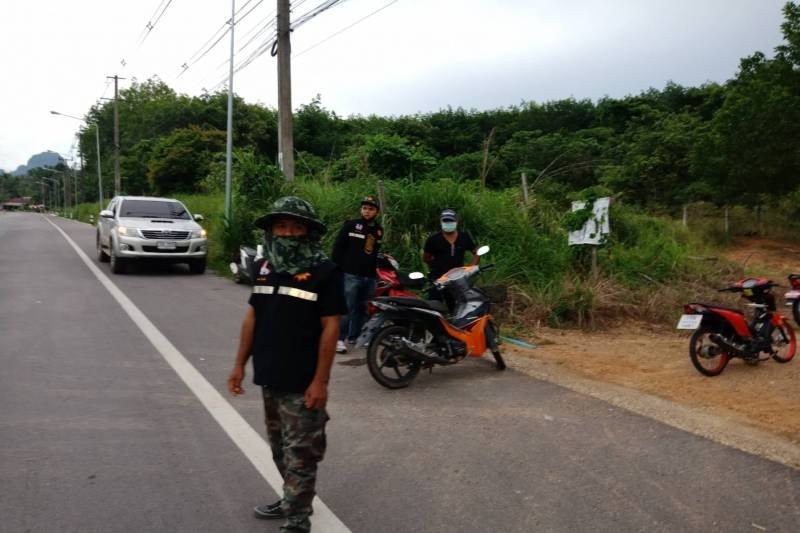 Then anybody who drove past with a noisy exhaust was stopped and politely spoken to about how they were frustrating and annoying those who lived locally.

Next they are given a sledgehammer and asked, apparently less politely, to smash up the offending racket-maker right there at the checkpoint.

Those who declined were ordered to provide their ID and address and told they must instead remove the exhaust pipe as soon as they got home.

According to reports most of them did exactly that, although the few who declined, and repeated the offence, then had their exhaust pipes sledgehammered by locals, to save them the trouble.

Kamnan Sumit said that in the first month his team had stopped 70 people and 95% of them no longer cause any noise pollution in the area. 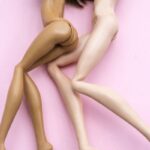 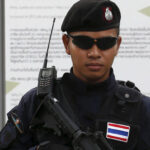