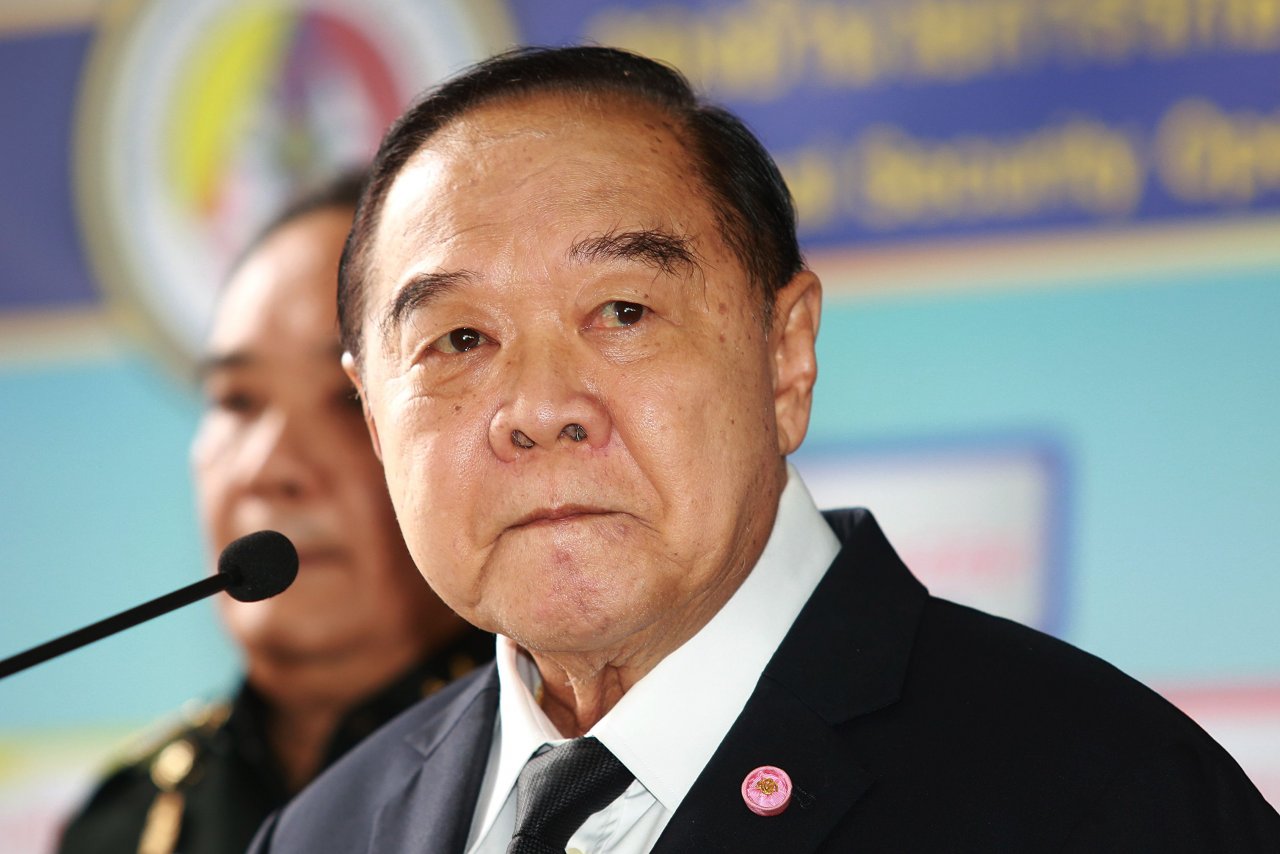 A suspected meeting that took place between Defense Ministry General Prawit Wongsuwan and Thaksin Shinawatra has been strongly denied.

The Defense Ministry has denied rumours that its minister General Prawit Wongsuwan met with fugitive former prime minister Thaksin Shinawatra in London, insisting that there were no reasons for the two to meet.

“Gen Prawit has said clearly before that he had not met or talked to [Thaksin],” said Maj-General Kongcheep Tantrawanich said on Saturday.

Prawit, meanwhile, said briefly on a phone interview that he was just back from England. The general immediately hung up after the reporter asked about speculation that he had met Mr. Shinawatra.

Thaksin, whose sister, ex-prime minister Yingluck Shinawatra, is believed to have fled the country recently, was taking a vacation in London around the same time as Prawit was meeting with Britain’s defence minister and foreign deputy minister there.

The Defence spokesman insisted that the speculation was not true. Prawit had been in London for work and he was travelling with a big group of officials.

In addition, Kongcheep said he did not think Mr. Shinawatra and Prawit were in London at the same time.

He believed Thaksin was there after Prawit had already returned to Thailand. It was impossible that the two had met, he added.

“The rumour sparked off even before Gen Prawit’s trip. And when he returned, some people spread the word again deliberately wanting it to be on the news,” Kongcheep said. “Anyone can think anything, but I insist that there are no reasons for him to meet with Thaksin.”