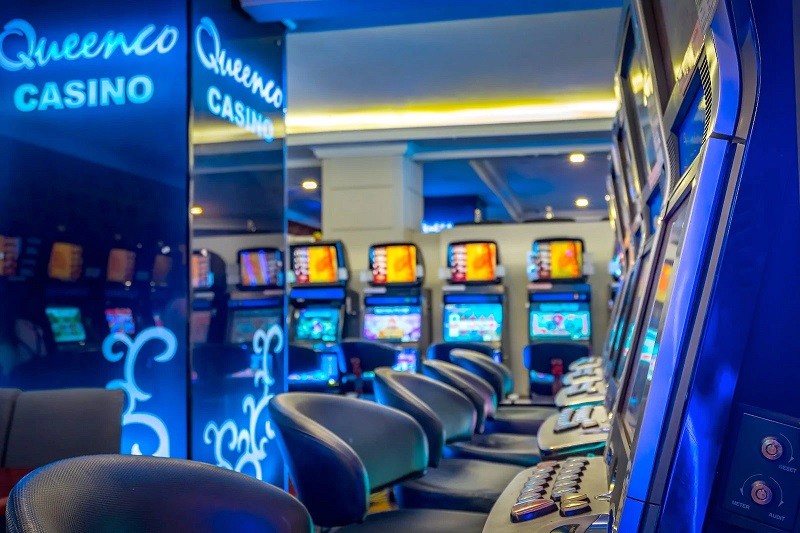 In March 2020, Cambodian authorities made it clear they would take no chances with COVID-19. Tourism visas were suspended.

For nearly a year, such vigilance made Cambodia a COVID-19 success story. As of January this year, the country had recorded no deaths from the coronavirus and just 463 positive cases, 86 percent of which were imported cases that were contained by what was described as a “watertight” quarantine-on-arrival system.

But in February, just months shy of a comprehensive vaccine rollout, a string of community outbreaks rippled out from casino towns and hotels. Within three months, cases rose from a few hundred to tens of thousands.

The largest outbreak – what has become known as the ‘February 20 Incident’ – appears to have been triggered by the cross-border transportation of sex workers for wealthy clients.

Here, they had come into contact with four Chinese nationals who tested positive on arrival in Cambodia, but were captured on security camera bribing their way out of a quarantine hotel to meet for what the government-affiliated Khmer Times called “pre-arranged trysts”.

It is unclear exactly how many locations the women visited after absconding, but the Ministry of Health identified a string of linked sites, mostly upscale serviced apartments, hotels, KTVs (karaoke bars that typically double as brothels), massage parlours and private international schools.

The Khmer Times alleged that all four women were flown in and out of the country by private jet, although Phnom Penh airport had no records of private planes arriving or departing during this timeframe.

NagaWorld’s legal team told Al Jazeera via email that the group arrived in Cambodia via Asiana Airlines on February 7 and departed on a Korean Air flight to Seoul on March 5.

It is not known why the Cambodian government, which has adopted a name-and-shame policy for quarantine-breakers accompanied by hefty fines and prison sentences of up to 20 years, chose to protect these women’s identities and allow them to depart Cambodia without repercussions, while fining the security guard who accepted the bribe.

In an email, Phil Robertson, deputy Asia director for Human Rights Watch, described the guard as a “scapegoat”.

Asked whether the women had been trafficked, General Chay Kim Khoeun, a spokesperson for the General Commissariat of National Police, told Al Jazeera:

Brokers have been arrested for arranging for women to cross the border, he said, while stricter border controls to prevent smuggling and illegal crossing were issued “in response to human trafficking cases during the spreading of COVID-19”.

In May and July, more than 100 Chinese and Vietnamese nationals were also arrested on drug trafficking and related charges during raids on clandestine nightclubs operating illegally in Phnom Penh and Sihanoukville.

However, other nightlife venues have stayed open by claiming to be restaurants.

The string of outbreaks has also highlighted the shady links between human trafficking, corruption and Cambodia’s sprawling casino industry – which is supposed to cater exclusively to foreigners.

Cambodia is home to about 150 mega-casinos based along the Thai and Vietnamese borders, as well as in Phnom Penh and the Chinese investment and tourism hubs of Sihanoukville and Koh Kong.

The facilities cater predominantly to Thai, Chinese and Vietnamese visitors, whose respective governments ban them from gambling at home.

Many operate within ‘Special Economic Zones’: defined areas on Cambodian soil where the laws and regulations that govern the rest of the country do not apply.

The most notorious have been linked to large-scale criminal activity ranging from drug smuggling to money laundering and even murder.

A 2019 report by the UN Office on Drugs and Crime (UNODC) highlighted ties between criminal gangs and casinos across Southeast Asia, noting that human trafficking cases detected in Poipet, a casino town on the border with Thailand,  increased by 425 percent between 2015 and 2017.

In 2018, dozens of Chinese nationals in Sihanoukville, a beach resort and key casino hub, were arrested in a crackdown on cross-border prostitution rings.

Cambodians are banned from gambling in the casinos, but despite international travel restrictions, most continued to operate during the pandemic.

NagaWorld, an enormous casino and hotel complex in central Phnom Penh, boasted of making a full financial recovery in the first quarter of 2021.

Their success has continued to pull in workers from neighbouring countries.

In April, 11 Chinese nationals were arrested for smuggling 112 Vietnamese citizens and several Chinese men into the country to work in the borderland casino strips of Takeo and Svay Rieng.

A driver employed at Prey Chak Casino in Kampot province was jailed for trafficking Vietnamese nationals, while a two-star General in the Cambodian army was stripped of his title for trafficking foreign nationals into Sihanoukville during a nationwide travel ban.

In September, 18 Malaysian nationals alleged they had been tricked into paying more than $43,000 to a broker who promised them work in a Cambodian casino.

In June, the Vietnamese Embassy issued a warning to citizens that human trafficking rings were conning Vietnamese into paying for lucrative casino roles in Cambodia, only to find themselves in gruelling forced-labour jobs.

The casino hubs have been at the heart of nearly every large outbreak of COVID-19 in Cambodia.

Daily breakdowns by data analyst and COVID-19 researcher David Benaim showed pockets of the virus – unconnected to the February 20 outbreak – emerging in Sihanoukville and in casino towns along the Vietnamese border.

Outbreaks of COVID-19 have also been reported among casino staff in Poipet and Kandal, south of the capital. On May 31, 56 employees at a Kampot casino on the Vietnamese border tested positive for the virus.

By June 6, almost every Cambodian province that experienced a significant outbreak – more than 1 case per 1,000 people – was home to at least one mega-casino.

On June 7, after leaked information suggested Star Complex Casino in Poipet was preventing staff from seeking COVID-19 tests, a police raid found at least 13 employees had the virus.

Meanwhile, cross-border trafficking increased both into and out of Cambodia – with members of the border police increasingly implicated in facilitating the trade, according to Adhoc, a civil society group.

Michael Brosowski, founder of the Vietnamese anti-trafficking NGO Blue Dragon, says his organisation has seen the number of cases reported of Cambodian women trafficked across the border into Vietnam more than double during the pandemic.

Domestic traffickers were also targeting younger and younger girls, he noted, with Vietnamese children aged 13 and 14 tricked into working in KTVs after promises of work in industrial zones and restaurants.

The pandemic is like “a hand grenade going off in an already volatile situation,” he said.

While some human trafficking networks were affected by border closures and travel restrictions, Itayi Viriri of the International Organization for Migration stresses that many never relied on regular immigration in the first place.

In March alone, approximately 100 brokers were arrested for smuggling people across the border from Thailand and Vietnam.

As cases rise, returning migrant workers and city sex workers have shouldered much of the blame.

Polet Pech, Director of the Phnom Penh-based Women’s Network for Unity (WNU), an organisation that advocates for the rights of entertainment and sex workers, says that throughout the pandemic, sex workers in the capital have faced increasing social exclusion and hardship, scapegoated for community transmissions while barred from government support.

After the February 20 incident, the government ordered the temporary closure of KTVs, which are yet to reopen.

Workers at these venues were given no warning of the shutdown, says Pech – and few had employment contracts.

Many had also sold their phones for much-needed cash, preventing them from registering for vaccinations or the emergency food packages issued to people in the city’s “Red Zones”, which were placed under strict lockdowns during April and May.

Many former KTV employees have now been pushed into the dangerous position of selling sex on the streets.

With COVID-19 cases soaring and deaths on the rise across Southeast Asia, the Cambodian government on July 28 announced travel restrictions and lockdown measures that are likely to push many people deeper into poverty.

A week after 11 of its staff tested positive, NagaWorld in Phnom Penh paid out $81 million in dividends to shareholders.

It is now preparing to lay off 1,300 of its 8,000 employees, at a fraction of their contracted redundancy pay, despite raising $200 million in investment in June. Bond investment analysts say the casino’s “top-line numbers look terrific”.

High rollers, human smugglers, and brokers supplying trafficked labour to casinos may have gambled with people’s lives, but here, it seems, the house always wins. 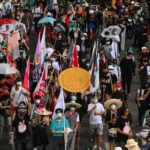 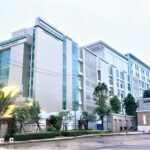