Deputy Tourist Police chief Maj-General Surachate Hakpan told a press conference on Monday that the investigation began after complaints from victims – each of whom wired between Bt300,000 and Bt500,000 to the gang.

He said that the Thai suspects – including at least four Thai women – aided the gang by opening bank accounts and withdrawing cash for the foreign suspects.

Despite the Thai suspects’ claim of innocence, he said they would face a charge of public fraud and abetting trans-national crimes, which is punishable with up to 10 years imprisonment.
In an unrelated case, Surachate said that police were investigating loan sharks that preyed on some 100,000 villagers in the Northeast. By the end of this month, police should be able to return some 2,000 rai of farmland back to farmers that had been seized by loan sharks, he said. 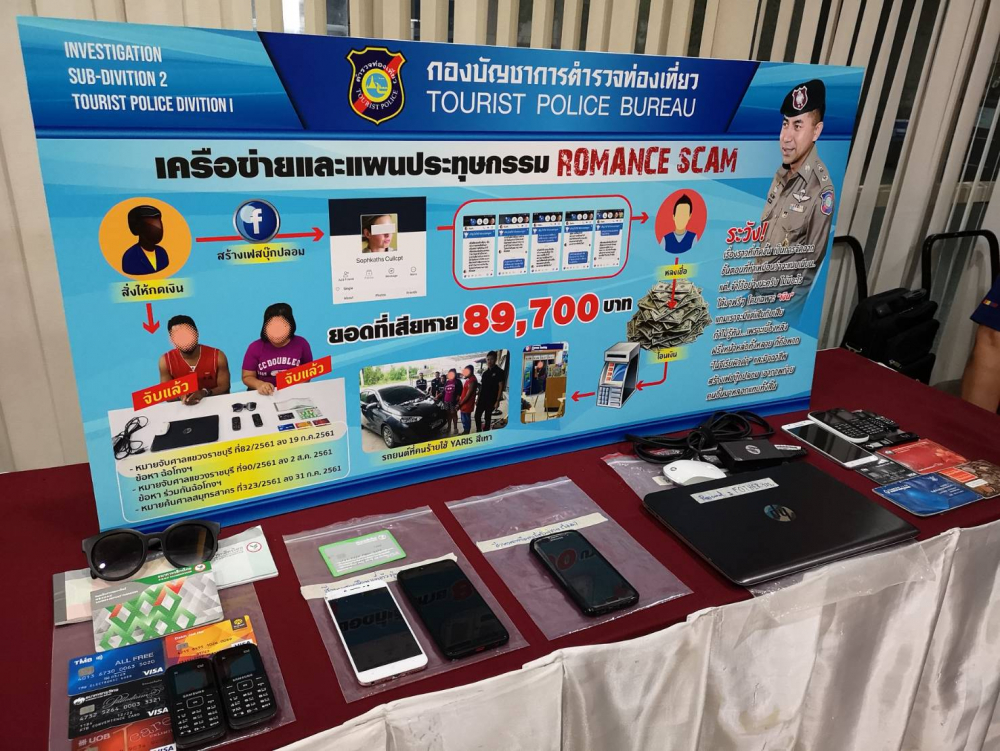 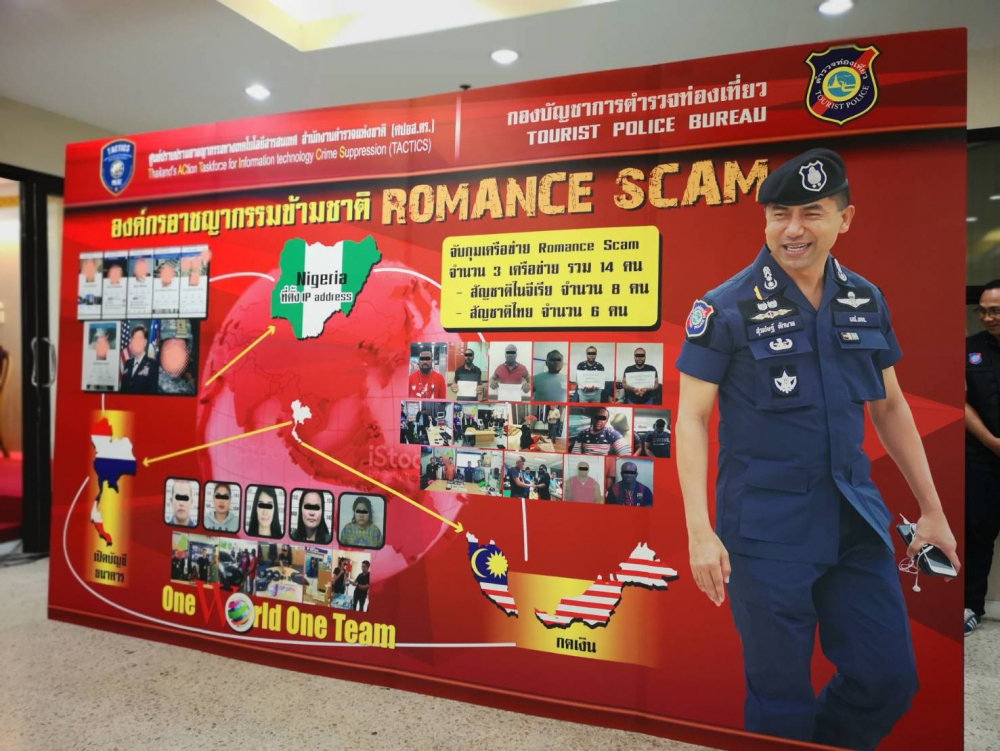